Peter Mayle, author of ‘A Year in Provence,’ has died at 78 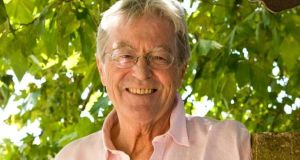 Mayle was born on June 14, 1939, in Brighton, England, and started his career in advertising

Peter Mayle, an Englishman who started a writing career in his 30s with sex-education books for children before making a spectacularly successful switch to the travel memoir genre with A Year in Provence, his 1989 bestseller about relocating to Southern France, died on Thursday at a hospital near his home there. He was 78.

His death was confirmed by Paul Bogaards of Alfred A Knopf, which has published Mayle’s books since A Year in Provence was released in the United States in 1990. Mayle and his wife, Jennie, had moved to the Provence region in 1987, with Mayle intending to write a novel. But with renovations to the 18th-century stone farmhouse they had bought in full swing, he kept getting distracted. His agent finally told him to shelve the novel and write about the distractions.

“Everything catastrophic became useful,” he recalled in a 1993 interview. “Up to that point, I had kept a halfhearted diary. After that, I took copious notes, and the chapters more or less wrote themselves.”

The book relates the couple’s month-by-month encounters with local builders, lawyers, truffle hunters, boar hunters and more. Its British publisher, Hamish Hamilton, had not expected much, ordering 3,000 copies. But the book, aided by being excerpted by The Sunday Times of London, just kept selling, reaching the million-copy mark in England and 600,000 in the United States.

It was adapted into a television miniseries starring John Thaw and Lindsay Duncan, seen in the United States on A&E in 1993. Mayle wrote a sequel, Toujours Provence, in 1991, and A Year in Provence inspired a wave of similar fare by others.

As the British newspaper The Telegraph noted in revisiting its success in a 2006 article, the book “somehow tapped deep into a slumbering, latent, hitherto unknown British desire for sunshine and fine wine, for peeling shutters and croissants, for distressed armoires and saucisson and the good life in the French countryside.”

Mayle was born on June 14, 1939, in Brighton, England, and started his career in advertising, working for a time in New York. In a 2009 interview with The Connexion, a French newspaper and website, he said the discipline of writing advertising copy later helped him.

“You’re obliged to stick to the plot, to be concise, informative and if possible entertaining,” he said. “These are not bad qualities for a writer to cultivate.” His first book, Where Did I Come From?, published in 1973, sought to explain the facts of life to children. He followed that with one on puberty, What’s Happening to Me?

A number of other advice books followed, and Mayle also wrote for magazines. The Mayles began visiting Southern France on vacations in the mid-1980s and liked it so much, they moved there. A Year in Provence elevated Mayle to a new level of literary success.

Many brought marmalade because I mention in the book that I like marmalade. I think the marmalade pots now outnumber wine bottles in the cellar.

Some readers complained that the French people he wrote about came across as caricatures, but the book, perhaps aided by its vivid descriptions of the region’s food and drink, certainly boosted the tourism business in Provence. Many visitors wanted to see the house Mayle wrote of, and they weren’t shy about knocking on the door or walking through the yard.

“The summer of 1991 was the worst,” he said in his 1993 interview with The New York Times. “It made us wonder whether we had lost all our peace. Most people just wanted a picture and an autograph. “But a day without some visitor arriving out of the blue was unusual,” he continued. “Many brought marmalade because I mention in the book that I like marmalade. I think the marmalade pots now outnumber wine bottles in the cellar.”

Not long after the TV series was broadcast the couple moved to Amagansett, on Long Island, to escape the attention, and also to get back to Mayle’s native language.

“No longer did we have to ponder the niceties of addressing people as vous or tu,” he wrote in Encore Provence (1999), a second sequel, of the four years he and his wife spent back in English-speaking territory, “or to rush to the dictionary to check on the gender of everything from a peach to an aspirin.”

But, he continued in that book, they missed “an entire spectrum of sights and sounds and smells and sensations that we had taken for granted in Provence, from the smell of thyme in the fields to the swirl and jostle of Sunday-morning markets.”

Mayle was never keen on the television adaptation of A Year in Provence, especially not the way he was portrayed

They returned to Southern France, but to a different house one whose location, this time, they kept a closely guarded secret. France was prominent in Mayle’s other books, both nonfiction and fiction. They included French Lessons: Adventures With Knife, Fork and Corkscrew (2001), Provence A-Z (2006) and a series of crime novels with titles such as The Marseille Caper and The Corsican Caper. His novel, A Good Year, was adapted into a 2006 film with Russell Crowe and Albert Finney, directed by Ridley Scott, another Briton living near Mayle in Provence.

Mayle was never keen on the television adaptation of A Year in Provence, especially not the way he was portrayed. “John Thaw, who played me, seemed to be in a perpetually bad mood,” he told The Connexion, “whereas I was absolutely delighted with my new life in France.” - New York Times