A novel whose powerful ambience, sly humour and slew of memorable characters are impressive on their own terms 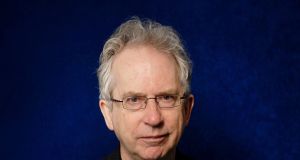 Peter Carey: ‘our mother country is a foreign land whose language we have not yet earned the right to speak’. Photograph: Ulf Andersen/Getty Images

How does a white Australian novelist confront the question of the continent’s colonial past and the violent dispossession of its original inhabitants? Does a non-Aboriginal author even have the right to tell stories steeped in Indigenous suffering? It has taken Peter Carey more than three decades, two Man Booker Prizes and 14 novels to get around to addressing these topics in his fiction – but the latest book from the man regarded by many readers and critics as Australia’s great living writer tackles them head-on.

A Long Way From Home begins in Bacchus Marsh, a small town outside Melbourne. It’s 1954, and local car salesman Titch Bobs and his wife Irene aim to promote their franchise business by taking part in the first Redex Trial, a cross-country endurance test between the competing brands of Ford and Holden.

This extraordinary event – which actually did take place, intermittently, for nearly half a century – is described by the clear-eyed Irene as “200 lunatics circumnavigating the continent of Australia, more than 10,000 miles over outback roads so rough they may crack our chassis clean in half”.

Irene is a hot-shot driver and Titch a master of publicity; needing a reliable navigator, they team up with their neighbour Willie Bachhuber, a teacher, of German Lutheran parentage, who happens to be passionate about maps.

The opening chapters are narrated, alternately, by breezy Irene and dreamy Willie. It’s a somewhat dislocating experience for the reader as the gears shift between Irene’s confident recreation of her small-town milieu – Carey was born in Bacchus Marsh and his family had a Holden car dealership, so his evocation of this very particular place and time is pitch-perfect – and Willie’s melancholy musings on exile and loss: “I spent my entire life in Australia with the conviction that it was a mistake, that my correct place was elsewhere, located on a map with German names”.

On the run from Adelaide officialdom for his failure to pay child support, Willie is also in hiding from the educational authorities thanks to an unfortunate incident in which he dangled an impudent pupil out of a second-floor school window.

Carey uses the “Wacky Races” atmosphere of the Redex Trial to people his story with an entertaining, fast-moving succession of events and eccentrics As the tiny car makes its way around the vast landscapes of the Australian outback, more than just motor parts begin to shake loose. A chasm begins to open up between Irene and Titch. Meanwhile, people are looking oddly at Willie, and refusing to serve him in pubs. It becomes increasingly clear that the gruelling trip is a mere Sunday drive compared to the journey Willie must undergo as he comes face to face with the complex realities of his mixed-race heritage.

In this respect he becomes a peripatetic Australian Everyman, encountering both beauty and brutality on his journey. An Aboriginal child whose voice is “quiet as moth wings”. The skull of another child, discovered by Irene at the roadside and catalogued by an indifferent Queensland policeman as just another “Abo infant found near Funnel Creek/Finch Hatton”. By the time he has circumnavigated Australia Willie is using an entirely different kind of map, and has indeed travelled a long way from the cosy certainties of that small town in rural Victoria.

Is it a journey worth making with him? For this reader, the answer is a resounding “yes”. A Long Way From Home is not a political tract, but a novel whose powerful ambience, multiple ironies, sly humour and slew of memorable characters are impressive on their own terms.

However, the book also has a legitimate socio-political point to make. Rooted in a horrifying past, it has its sights fixed on a hopeful future. There are hints that the kids – or, at least, some of the kids – might be better placed than their parents to cope with the ambiguities of Australia’s situation. In a detailed afterword Carey offers the reader the opportunity to check out his research and sources, potentially taking the journey of discovery still further. It’s a journey for which there are, as yet, no maps at all, but for Carey it begins with a single step: the acknowledgement that for white Australians “our mother country is a foreign land whose language we have not yet earned the right to speak”.