What are lifeshocks and what can we do with them? 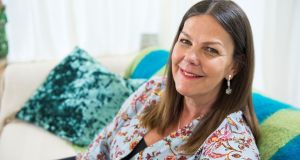 Sophie Sabbage: We can either see life as something to contend with, or we can see it as having something to teach us about ourselves.. Photograph: Tanya Lloyd

While the word “lifeshocks” is not in our common vernacular, most of us will hear it and think, “Oh, yes, I’ve had some of those!” Yet, to be clear, lifeshocks are different from life challenges. They are very specific encounters with what we cannot control, predict or plan.

I have been living with incurable cancer for nearly four years. It is an ongoing challenge. But hearing the words “You have multiple brain tumours, Mrs Sabbage” was a powerful lifeshock which confronted a fear that runs far deeper in me than my fear of dying: losing my cognitive abilities, not being able to make a difference and not being Sophie anymore.

In the simplest terms, lifeshocks are moments in time we did not want or expect. They surprise us, blindside us, soften and stir us. Sometimes they slap us hard in the face. Some scratch the surface of our lives while others strike deep into our being. They often seem random, unfairly distributed, out of the blue.

Parenting is Lifeshock Central. Dozens of unexpected moments on a daily basis. Some are tender, evoking, exquisite – like three years ago when my daughter cupped my face, blistered by a targeted chemo drug, and said, “Beautiful Mummy. Does it hurt?” In an instant, those words dissolved a perceived ugliness that had stalked me for most of my days. More recently, when I was away in South Africa on business, she declared on a FaceTime call, “You are NEVER going away again, Mummy!” This lifeshock reached right into my awareness that leaving her permanently is a likelihood – with all the sorrow that likelihood brings. What seeds do I need to sow to prepare her for that, and what am I willing to do to delay it as long as I humanly can? I used to say I would die for her. Now I say I would live for her. But mostly, I need to empower her to love her life no matter what.

The specificity of these moments is important. You know those times when you are telling a story from your past and, as you relate a particular part of it, the emotions you felt at the time rise again – sometimes with surprising force? This is because those feelings – and the thoughts that create them – are locked in the memory of a lifeshock moment, even if you didn’t register it at the time.

Between stimulus and response there is a space. In that space is our power to choose our response. In our response lies our growth and freedom

My darling father died three months ago at the age of 84. His illness and ultimate death were a very challenging, ongoing, heart-cracking experience that lasted nearly two years. Yet, I can write that sentence without shedding a tear. I can keep my distance. But when I recall the specific moment two paramedics carried him, ashen grey with an oxygen mask on his face, into his care-home bedroom on a stretcher, after a traumatic day in a hospital ward where he didn’t want to die, I weep with the same sorrow I felt at the time. This was a lifeshock moment. It was poignant and precise. I had driven through the snow to get to him after a night disturbed by remorse about leaving him in hospital just 24 hours earlier. I was waiting in his room when he arrived.

“Sophie,” he said when he saw me, his eyes wet with tears. “You are here.” Another lifeshock. It was as if he had been hanging on for one of his children to arrive at his bedside before he breathed his last. I just happened to be the nearest that day and managed to get to him on time. Instantly, remorse was replaced by relief and the willingness to let him go instead of asking him to stay a little longer. I couldn’t save him, as I had believed I should (being ‘the cancer whisperer’), but I could love him. I could pour my heart into his during his final hours.

As the nurse made him comfortable, the grey pallor of his cheeks darkened but his fear lifted and all the tension in his body melted away. He died a few hours later, as I held his hand in mine.

It is moments such as these which strike our hearts, reveal our fears and challenge our need to control the uncontrollable. None of us is exempt, yet not one of our lifeshocks is the same. My nephew and niece were also by my dad’s bed that night, but their lifeshock moments belong to them, not me. You see, each lifeshock has a personal relevance to each one of us because they challenge our conditioning, our belief systems, our fears and imaginings. They are collision points between the world as we perceive it and the world as it really is.

Viktor Frankl, the Auschwitz survivor who wrote Man’s Search for Meaning, said, “Between stimulus and response there is a space. In that space is our power to choose our response. In our response lies our growth and freedom.” Lifeshocks provide such stimulus over and over again. And this is how we can meet them.

We can either see life as something to contend with, or we can see it as having something to teach us about ourselves. We can choose how to relate to the curve balls that come our way. We can learn to enter the space between stimulus and response before we call it “unfair”, “shitty” or “terrible”. This was the space in which I chose not to see cancer as an enemy to fight, but as an illness to treat and an experience to learn from. It is the space where I relinquished my deep desire for Dad to live long enough to see my new book come out and instead told him, “We love you. You made the world a better place. You can go now.” It is the space where we can align ourselves with life as it is instead of how we think it should be, and in so doing avoid the unnecessary suffering that comes when we fight reality.
Sophie Sabbage is the author of Lifeshocks And How to Love Them, published by Coronet