Days of Awe by AM Homes review: unfinished, uncooked and patchy 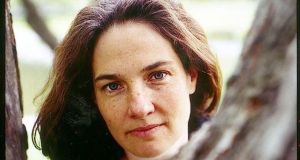 AM Homes is revered as a writer who tells unflattering and uncomfortable truths about how people are; particularly, about how Americans are. By now, it’s pretty obvious that the surreal and the absurd live in plain sight in contemporary American society, but Homes’s novels and short stories pulled them sharply into view even back when they were ostensibly hiding.

Her first collection The Safety Of Objects included the image of a Barbie-obsessed teenage boy ejaculating into the cavity left by a Ken doll’s severed head, while the standout story in Things You Should Know (2002) imagined Nancy Reagan, bored by life with her senile husband, lurking in chat rooms and falling in love with a biker.

Of her 2006 novel This Book Will Save Your Life, a satire in which a wealthy LA resident is beset by waves of compassion, the director John Waters said that it would be Oprah Winfrey’s favourite book – if Oprah went insane.

Well, we’re all insane now. To see the surreality of American life is in fact, now, not to even to look closely enough, and satire is struggling to out-shock the CNN chyron. And might the work of a brilliant chronicler like Homes seem redundant because of it? That could be one explanation for the patchiness of this new collection, which is Homes’s first book since her 2013 novel, May We Be Forgiven, won the Women’s Prize for Fiction. But it’s much more a problem of shape, and of technique; several of these 12 stories seem unfinished or uncooked.

The collection is distinguished by the title story, an account of the affair of a novelist and a war correspondent at a symposium on genocide, but what elevates that story above the others is its attention to the nuances and layers of a story of human behaviour which is complex because it is also often funny and oddball, rather than having that complexity short-changed by those qualities.

Which is to say that too often, these stories gesture and caper with no apparent ability to land, not just in terms of anything like plot but also stylistically, which is the greater surprise from Homes. Brother on Sunday is a fairly engaging account of a plastic surgeon’s afternoon on the beach with his feckless (not to mention nipped and tucked) friend group, while he waits for the arrival of his bullying brother, but the story’s loose focus comes across less as intended and more as flailing – and what editor didn’t advise against the dud punchline which serves as the ending?

The Last Good Time is about a young father who runs away, alone, to Disneyland, where he thinks about his own runaway father and sleeps with a theme park employee; problem is that she, who has herself run away from a Mormon upbringing, is the character we end up wanting to know about, not the pallidly selfish protagonist. While Homes writes superb dialogue, two pieces in the collection (All is Good Except For the Rain and Be Mine) read like the scripts for listless two-hander plays. Meanwhile, both the formal approach and the character tropes of The National Cage Bird Show, which depicts the different voices on an internet forum for bird-lovers using different fonts, and tells the stories of a sad young Manhattanite and a traumatised young veteran, seem dated and unexciting.

But other stories are more compelling. Hello Everybody and She Got Away, about the same West Coast rich-kid sisters, leap ably into the Homes forcefield of absurdity and social criticism, creating a shimmering, disorienting atmosphere which whispers to the reader more powerfully than any detail of their antic plots. Your Mother was a Fish and Omega Point run on magic realist fumes, and so revel in their looseness and strangeness that the reader cannot but do the same.

In the Jewish year, the Days of Awe are the 10 days between Rosh Hashanah and Yom Kippur, between the New Year and the Day of Atonement, a time for reflection and repentance. Homes’s story of this name brings together Rachel and Eric, the “transgressive” novelist and the war correspondent, who skip out on part of the genocide symposium to go to a local orchard to celebrate new year a week early, but with the reflection and repentance part, they are both having considerable difficulty. Rachel feels pressured to repent for her whole identity as a writer, given that her novel about Holocaust trauma was not written out of any direct personal experience, while Eric has witnessed terrible things and, as Rachel points out, doesn’t even seem to have considered that he might need help with the psychic consequences.

What happens between them is not unpredictable, even if Rachel does have a girlfriend at home who sends her packages of chocolate while she’s away. The devil, there, is in the detail – chocolate, let’s just say, comes in all shapes and sizes and, well, skin tones. Eric and Rachel’s transgression contains many unexpected nuggets of exploration and of willful blindness – about religion, history, inheritance, bystanding, borrowing and guilt – which give this story a rich patina and make the collection worth reading for it alone.