Nobody wants me in their book club. What's wrong with me?

Broadside: To an outsider, the book-club cult looks as exclusive as the Bilderberg Group 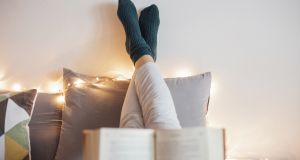 How hard can it be join a book club?

Every year, at some swanky, expensive hotel somewhere in the world, an invited-only group of high-profile people gathers to discuss . . . something. The Bilderberg Group, as they are called, have been meeting at summits since 1954. They number 120-150 people, including present and former world leaders, bankers, entrepreneurs, academics, and businessmen (Michael O’Leary attended this year).

We don’t know what they talk about, because reporters are never permitted to cover the four-day gathering. They are famously secretive, and all talks operate on Chatham House Rules, ie off the record. Most importantly, you need to be invited to go. The Bilderberg Group is invitation-only – just like book clubs.

I have no idea how you get invited to join a book club. All I know is that they seem to me like the Bilderberg Summits of Suburbia. And I’ve wanted in for years, but I have yet to crack whatever mysterious code it is that gains you an invitation.

I like books. I like conversation. I like food. I like wine. I like entertaining and being entertained. People who have been entertained in my house have even come back again, so I must be doing an okay job, and presumably hosting a book club when my turn came would not be beyond my entertaining skills. I’d like to be in a book club, but nobody has ever asked me to join one. And yes, over time, I have dropped hints as weighty and obvious as rocks falling off a cliff.

What the hell is wrong with me that nobody wants me in their book club?

I shower every day. I think I’m reasonably civilised in company; I’m not going to throw your wine glasses against the wall or criticise your cooking, or tell the hostess what she’s wearing is unfortunate. I’m interested in other people. I’m willing to take my turn hosting. I’m not going to judge you if you haven’t read the book: there will be lots of times I haven’t read it either. Nope, still no book club invite for me.

What the hell goes on a book club anyway; these secretive, invitation-only monthly gatherings in kitchens and living rooms all over the country?

I have female friends, honestly I do. Plenty of them. Multiples of them. At least two, anyway, last time I counted. And many more female acquaintances. (I have plenty of male friends and acquaintances, too, but book club membership, for some reason, is almost exclusively female.)

Some of my female friends and acquaintances are even in these secretive, Bilderberg Group type-book clubs. It’s just none of them has ever asked me to join them. And believe me, I’ve asked. Their eyes glaze over and their faces take on slightly pained expressions when I bring it up, as if I’m asking can I move into their spare room and live there indefinitely.

I’ve heard all the excuses.

“We’re full.” (What do you mean, full, like a sold-out theatre? You’re not full. You just don’t want me in your book club.)

“We’ve been going for ages, so it wouldn’t be fair to ask a new person to join.” (Yeah, right. It’s not you, it’s me. You just don’t want me in your book club.)

“We don’t actually spend that much time talking about books.” (Do you think I don’t know that? Whatever it is you do talk about, you just don’t want me in your book club.)

“You’re a journalist. People might be afraid you’d write about us.” (Ah, here now. Do you think I work 24 hours a day? Do you think the events of a book club evening constitute breaking news? You just don’t want me in your book club.)

Then, the inevitable line always gets trotted out: “Why don’t you start your own book club?” (Wow. Sob. You really don’t want me in your book club. Ever.)

I don’t want to start my own book club. The whole point is that I want to be invited to join one. Like the kids in the playground who want to be picked for a team, whether it’s playing games or looking for pots of gold at the ends of rainbows, I want to be asked to join something that’s already going on. I do not want to go off and start my own.

Can anyone tell me what a woman has to do to be invited to join the secret book-club cult in Ireland?

I’ll keep you posted about an invitation to join a book club. But I’m not holding my breath.