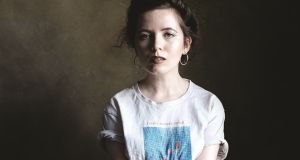 Naoise Dolan: “I think my love of dialogue is clear from the book, so I’m thrilled to partner with Black Bear to bring the characters to a TV audience, and even more so to be involved as an executive producer.”

Naoise Dolan’s debut novel Exciting Times is to be made into a television series in the United States by Black Bear Pictures, whose credits include the 2014 Alan Turing biopic The Imitation Game.

The novel, described by Vogue as “Half Sally Rooney love triangle, half glitzy Crazy Rich Asian high-living and guaranteed to please”, is released in the US on June 2nd, having already been published in Britain and Ireland to critical and commercial acclaim.

The Irish Times review said: “Exciting Times is an impressive, cerebral debut written with brio and humour. There are strong parallels with the intelligent female narrators in the writing of Nicole Flattery and Sally Rooney. All three are Trinity College Dublin graduates who write with their fingers on the pulse. Rooney’s Conversations with Friends has particular resonance: fast-moving, tangled relationships that laugh in the face of heterosexual monogamy.”

Schwarzman said: “We immediately fell in love with Naoise’s honest, wry, and intelligent prose, and her ability to depict remarkably complex yet utterly relatable characters. We believe Naoise is an extraordinary voice, with a huge future ahead of her, and Black Bear is honored to play a part in bringing her rich material to life.”

Dolan said: “I think my love of dialogue is clear from the book, so I’m thrilled to partner with Black Bear to bring the characters to a TV audience, and even more so to be involved as an executive producer. Black Bear is discerning, independent-minded, and very engaged with the novel, so it will be a privilege to work together on this project.”

Exciting Times follows the liaisons of Ava, newly arrived in Hong Kong from Dublin, who spends her days teaching English to rich children. Julian is a banker. A banker who likes to spend money on Ava, to have sex and discuss fluctuating currencies with her. But when she asks whether he loves her, he cannot say more than “I like you a great deal”. Enter Edith, a lawyer. Refreshingly enthusiastic and unapologetically earnest, Edith takes Ava to the theatre when Julian leaves Hong Kong for work. Quickly, she becomes something Ava looks forward to. And then Julian writes to tell Ava he is coming back to Hong Kong... Should Ava return to the easy compatibility of her life with Julian or take a leap into the unknown with Edith?

Since its 2011 launch, Black Bear’s slate has grossed over $350 million worldwide and been nominated for 13 Academy Awards, nine Golden Globes and 10 Baftas. Upcoming films include Dave Franco’s directorial debut, The Rental, to be released on July 24th, J Blakeson’s thriller I Care a Lot, starring Rosamund Pike, Peter Dinklage, Eiza Gonzalez and Dianne Wiest, and Heidi Ewing’s I Carry You with Me, which won the audience award and innovator award in the Next section of this year’s Sundance Film Festival.

The Chicks: ‘We were accepted because we made them a lot of money, but they didn’t like us’
Real news has value SUBSCRIBE