Anti-Semitism today: ‘Zionist’ is often a euphemism for ‘Jew’

Deborah Lipstadt: Anti-Semitism is still with us but not taken seriously in politics 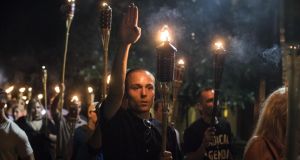 Tomorrow, on International Holocaust Remembrance Day, we are invited to reflect on the fact that, within living memory in some of the most sophisticated and well-educated countries in the world, a systematic programme of industrialised mass murder was carried out with the objective of exterminating an entire nation of people.

In the seven decades since the Holocaust took place, attempts have been made periodically to deny, downplay or relativise the murder of six million Jews by the Nazis and their allies.

Perhaps the most dramatic refutation of such efforts occurred in a London courtroom in 2000, when the British author David Irving lost his case for libel against the American academic Deborah Lipstadt, and had his reputation ruined when the court declared him an active Holocaust denier, anti-Semite and racist.

Today we see anti-Semitism  from both the right and from the left. And then, to make it a perfect storm, we also see it from Islamic extremists or jihadists

In the years since the trial, Lipstadt has continued her work as a historian and scholar of Jewish history and the Holocaust. This week she publishes a timely book about contemporary anti-Semitism – timely because all the signs are that we are entering an era when this ancient prejudice is having new life breathed into it.

On the political right, from Donald Trump’s pandering to so-called white nationalists to the Polish and Hungarian governments’ attempts to rewrite their countries’ historical record, ideas that were previously unacceptable have re-entered the mainstream.

On the left, both the UK Labour Party and the Women’s March movement in the United States have fractured amid controversies about anti-Semitism in their ranks. And in several European countries, synagogues and schools are under armed guard amid fears of attacks by Islamist extremists.

“The world of anti-Semitism has changed dramatically,” Lipstadt says. “Today we see it from both the right and from the left. And then, to make it a perfect storm, we also see it from Islamic extremists or jihadists. And we see anti-Semitism in sectors of the general Muslim community.”

On the radical right, Lipstadt sees nothing particularly new in the chants in Charlottesville or the claims that “globalists” (a long-standing euphemism) are promoting open borders and multiculturalism in order to destroy previously “pure white” societies.

“If you go back to the heart of anti-Semitism, the notion is that here is a small group of people who are smart in a very devious and nefarious way, and they are able to manipulate others who might seem more powerful than they are but aren’t as quite as smart,” she says.

“When they say, ‘Jews will not replace us,’ they’re not assuming that a Jew is going to come into every job. But let’s say an African-American gets a job. From the perspective of the right-wing extremists that African-American is not smart enough or good enough to really replace him. Someone must be behind him; someone must be manipulating this; someone must be pushing it. It’s been around for a long time that the Jews worked behind the scenes in this malicious kind of way.”

On the left, I suggest, anti-Semitism is usually contentiously conflated with opposition to the policies of the Israeli government. Lipstadt does not fully accept this, pointing to anti-Semitic statements by Karl Marx and other left-wing figures, but she accepts that the Israeli-Palestinian conflict is the main locus, and argues that “Zionist” is often used as a euphemism for “Jew”, pointing out that Stalin used exactly the same formulation 70 years ago.

Her book offers several examples of Jeremy Corbyn, the British Labour leader, defending and supporting people who have made repellently anti-Semitic statements.

What does she think of measures such as the legislation passed this week in Dail Éireann, which would block imports of goods produced in illegal settlements in the Occupied Territories?

An anti-Semite who hates you out of conviction is on some level at least honest about what he is feeling. Someone who just will use anti-Semitism as it’s efficacious is more disturbing

For European Jews, the greatest sense of threat in recent years has come from jihadi terror attacks, but Lipstadt also points to surveys that reveal widespread anti-Semitism in Muslim communities across Europe.

“It doesn’t mean everyone, but it’s enough to cause concern,” she says. “Does that mean that those people are therefore going to pick up a gun and do something? No, of course not. But it does mean hostility and a willingness to believe prejudicial tropes and stereotypes, and that’s disturbing too. It also means that the Jews in those countries feel that they can’t be visibly Jewish, that they have to hide their Jewishness.”

She’s highly critical of those, particularly on the progressive left, who downplay the effects of this sentiment. “It’s certainly not taken seriously by certain people in the political world. And here we are talking more about the left than the right.

Things are far more fluid today than they have ever been, Lipstadt says. “On the right and on the left we find people who are using this as a tool to advance their interests. On some level that’s almost more disturbing, because an anti-Semite who truly hates you out of conviction is on some level at least honest about what he or she is feeling. But someone who just will use it because it’s efficacious is more disturbing.

“However, I really hope that the world doesn’t think of Jews just as victims. Jews have given a tremendous amount to the world. Jews have a very multifaceted, vibrant, rich heritage. And to let that be subsumed or taken over by a notion of persecution and victimisation would be a great tragedy.”

Anti-Semitism Here and Now is published by Scribe