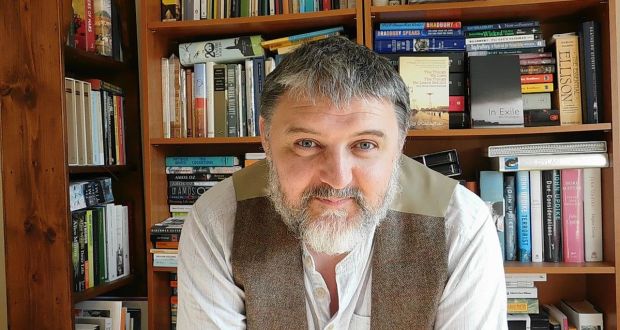 Cork writer Billy O’Callaghan has written a quiet, subtle and deeply moving account of the relationship between a middle-aged couple

With so many contemporary novels exploring the melodramatic love lives of the young – apparently the only ones who feel passion or find themselves in complicated relationships – it comes as a welcome respite to read the work of an author who understands that romance, sex and difficult emotions don’t necessarily come to an end after a person’s 40th birthday.

Cork writer Billy O’Callaghan, whose first novel, The Dead House, was an inventive and original ghost story, has followed up his debut with a quiet, subtle and deeply moving account of the relationship between a middle-aged couple, Michael and Caitlin, in New York. They’ve been together for 25 years but see each other only once a month, for an afternoon of conversation and love-making, a clandestine liaison for both have been in long-term but unfulfilling marriages since their early 20s that have perhaps been sustained by these many hours of passion in small Coney Island hotel rooms.

The novel’s structure invites the reader to spend time with the couple as they arrive at their hotel, prepare for sex, have sex, and talk after sex, while flashing back and forth between their younger days and the gradual diminishment of passion in their marriages. Added to this, both have arrived with a piece of news that will affect their future – Michael’s wife Barbara has developed cancer and Caitlin’s husband Thomas has applied for a promotion that will mean a move to Chicago – and an awareness that their monthly trysts might be drawing to a close, a possibility that leaves them both unhappy and reflective.

Long, introspective paragraphs reflect the complicated silence in the room as the lovers lie in each other’s arms

O’Callaghan imbues his characters with dignity and authenticity. Neither are as attractive, or as thin, as they once were, but they remain so in love that they continue to admire each other’s bodies and react to them with tender desire. Both have suffered professional disappointments that have left them feeling a little bruised by life but when they’re together, none of this matters for they are happy in each other’s company and do not view this as some seedy long-running affair but more of a necessity in their lives, a relationship that gives them pleasure and hurts no one.

One of the more complex aspects of the novel, however, is how the reader is forced to confront the reality of a love affair when it’s juxtaposed with a great deal of selfishness for neither Michael nor Caitlin ever discuss the fact of their infidelities while both Barbara and Thomas, the cuckolded partners, come across as rather decent people, even if Thomas himself has been less than faithful across the years.

Curiously, it’s the flashbacks to these comfortable marriages that often provide the most moving aspects of the novel. Michael and Barbara lost a child many years before and grief lingers like a cloud over their relationship, while there’s some welcome humour to the first encounters between Caitlin and Thomas, an earthy and hormonal passion that is mirrored towards the end of the book in a young couple she observes on a bus.

Throughout, O’Callaghan writes with a poet’s attention to language. When thinking of his lost son, Michael recalls “the curves and putty-coloured planes of his small, almost-still body encased in glass beneath the jaundiced light”, while both he and Caitlin come to realise that “there are all sorts of ways of making love, and all sorts of love worth making.” Long, introspective paragraphs reflect the complicated silence in the room as the lovers lie in each other’s arms, equally aware of the creeping dissatisfaction with their lives and their inability to change things.

Despite the title, Coney Island itself does not play a great role in the book. But it’s out there, beyond the windows of their hotel room, an almost mythological place that, like the central couple, is now a bit run down and past its prime, no longer the bright, vibrant wonderland of decades before. It’s a cry back to lost decades, a place that summons images of happiness, mischief and carefree youth, the very things that Michael and Caitlin feel are lost to them but can be rediscovered, briefly, in these stolen afternoons.

This is a fine novel, with elegance and wisdom lying beneath an unpretentious surface and O’Callaghan, a gifted writer, has managed to do that most difficult of things: take a quiet, almost everyday story, and transform it into a thing of beauty.