Golden Child review: A book with the Midas touch 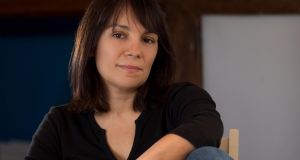 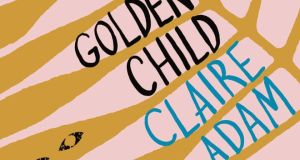 Golden Child is a beautifully written debut novel that explores how a corrupt society destroys its people. Set in Trinidad, the novel looks at one family’s misfortunes in a country where neither money nor power can guarantee safety. Violence is so commonplace that the litany of horrors in the evening news fails to impact on the book’s first narrator, Clyde Delaysingh, the hard-working father of two teenage sons: “It’s the usual mix of lies from government ministers, road fatalities, rapes, kidnappings and so on.”

But the “and so on” soon turns personal for Clyde and his wife, Joy, when one of their sons, Paul, disappears. In a gripping first part, Clyde wanders the rural bush land of Tiparo, searching for his son after giving him a dressing-down earlier in the evening. The crime? Standing up to the armed gunmen who tied up his mother before robbing the house. This opening section kicks off a finely tuned mystery as to Paul’s whereabouts, while introducing the reader to family and country.

Life in Trinidad is brilliantly depicted, from the “one keskidee left in the guava tree”, to the “Limin’ Soda” the characters drink, to the sense of family and community that develops in a country where money is so tight. Flashbacks show how the wider family help when the twins are born: “When Clyde comes back from the hospital with Joy and the babies, the house is spotless and the big iron pots are full of food: rice, roti, curry chicken, curry shrimp, alloo pies, green salads, macaroni pie.”

The landscape of Trinidad is equally vivid. As Clyde searches for his son, “The long blades of grass are silvery-green in the torchlight, each one as wide as a carving knife, covered with tiny hairs.” Adam’s prose is quietly lyrical, haunting in its depictions, which adds to the poignancy of the brothers’ tale. Glimpses of the culture come through in the detail: “The ground is stamped down flat into a circle, with yellow star-shaped flowers scattered around the edge. There is a candle-stump, chicken feathers, sticks arranged in the twos and threes of obeah patterns.”

Magic and superstition abound in Trinidad, which makes sense in a society that understandably has little trust in authority. When it emerges that Paul has been kidnapped, everyone is under suspicion – the neighbours who call with well wishes, the town’s officials, family members who have long held a grudge over estates and legacies.

Money is the lifeblood of the novel, a preoccupation for all of its characters no matter how well off. The sense that there will never be enough to go around gives an urgency to the book. Adam does her best to give a multifaceted view of the country by showing different aspects of life on the island: the mercenary attitude of the kidnappers, the missionary priests who run a school, the teenage brothers’ longing to go to the annual carnival in Port of Spain, a judge who endangers himself by choosing Trinidad over a safer expat life, the older generation of Joy’s family, Uncle Vishnu and Mousey, who give selflessly and believe in the life-altering power of education above all else.

By giving so many perspectives, however, Adam dilutes the power of her story. The novel is split in focus between the family’s riveting history, and the plot of the kidnapping. At the heart of the latter is a Sophie’s Choice type of dilemma where Clyde must choose between Paul and his smarter brother Peter. The choice – using the savings for Peter’s college education to pay Paul’s ransom – warrants further dissection, as do the too-brief scenes where young Paul tries to be brave with his kidnappers.

The boy’s voice is wonderfully alive with all the insecurities piled on him by his family since birth, however, his heroism and plight are cut away too abruptly, denying both reader and character a proper end.

The worst of the criticism though is to lament the fact that the book is not longer. Mostly, it shines, from the dialogue full of island cadence – “You have some milk? I could stand to take some milk right now” – to the observations peppered throughout the book: “They have two kinds of men in the world, Clyde thinks, two kinds of fathers. One kind works hard and brings all the money home and gives it to his wife to spend on the house and children. The other kind doesn’t do that.”

Adam was born and raised in Trinidad but now lives in London. She read physics at Brown University and later did a masters in creative writing at Goldsmiths, University of London. Published by Faber in the UK and Ireland, Golden Child is the second title to be published by Sarah Jessica Parker’s imprint Hogarth in the US. It is a fine start to a writing career of an author who shows signs of having the Midas touch herself.