Eva O’Leary holds a mirror up to teenagers, and a group exhibition looks at surveillance 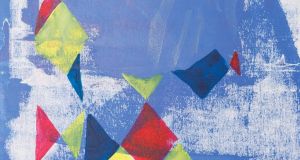 Some Concrete Possibilities is at the Library Project in Dublin

SOME CONCRETE POSSIBILITIES
The Library Project, 4 Temple Bar, Dublin. Until January 1st blackchurchprint.ie
Curated by Siobhan Mooney, winner of Black Church Print Studio Emerging Curator Award 2019, Some Concrete Possibilities considers the role of chance in the formation of an artwork at every stage of the process. The artists included are Cara Farnan, Garreth Joyce, Helen MacMahon and Lee Welch.

SPITTING IMAGE
Eva O’Leary. The Butler Gallery, The Castle, Kilkenny. Until March 3rd butlergallery.com
Previously unseen work from Eva O’Leary’s award-winning photographic series Spitting Image. The series consists of portrait photographs of American teenage girls in Happy Valley, aka State College Pennsylvania. The twist is that the subjects were photographed through a two-way mirror, as they regard their own reflections. A video projection records the preparatory process.

CONTESTED TERRITORIES
Conor O’Grady. Custom House Gallery, The Quay, Westport, Co Mayo. January 17th-February 10th customhousestudios.ie
Works arising from a residency at the former psychiatric hospital which now houses the Galway-Mayo Institute of Technology, Castlebar. It is, O’Grady points out, not untypical as a re-purposed institution with a troubled past. Collectively, such buildings are a reminder of how Church and State treated the most vulnerable members of society.