Sorolla: A master of light comes back out of the shadows 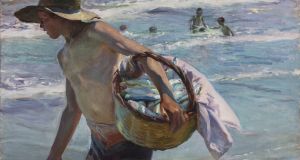 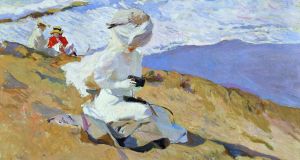 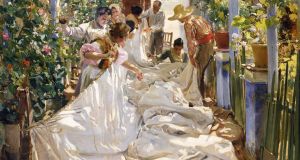 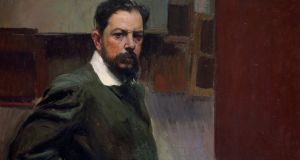 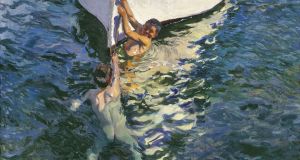 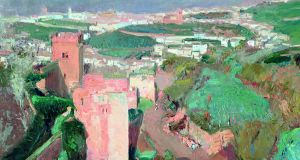 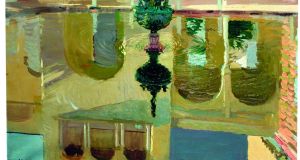 Joaquín Sorolla y Bastida could well be the most famous Spanish artist you’ve never heard of. While his international reputation faded into relative insignificance following his death in 1923, a mere 15 years earlier he was billed as “the World’s Greatest Living Painter” in advance of a huge London exhibition of his work. True, he was not happy with the claims made in that particular promotional material, but in terms of reputation he was up certainly there in the top 10, celebrated chiefly for his extraordinarily virtuosic Mediterranean beach and coastal scenes, mostly painted out-of-doors around his home town of Valencia. He was wealthy, feted and, as early as 1902, had been voted the most popular painter in Spain.

Sorolla, Spanish Master of Light, organised jointly by the National Gallery of Ireland and the National Gallery, London – with input from the state agency for Spanish culture, the Museo Sorolla in Madrid, and the artist’s great-granddaughter – can be viewed as an exercise in rebranding the painter. Not cynically so: as Oliver Tostmann, one of the writers in the accompanying catalogue, observes, Sorolla’s lifelong subject was “the iridescent Mediterranean light”.

This is only a mild exaggeration. Sorolla did not really begin his artistic life as a painter of light, and later on he invested enormous amounts of time and energy in a project that led off in another, questionable direction, but it is absolutely true that, at the very beginning of the 20th century, it was as if he drew back the curtains and allowed himself to revel in the light that flooded in.

Sorolla was born in Valencia in 1863. His sister was born a year later but, tragically, both their parents lost their lives during an outbreak of cholera in 1865. The orphaned children were adopted by an aunt and uncle. Sorolla’s artistic abilities were evident from an early age, and he attended art school while still in his teens. He was fortunate in finding a patron, the photographer Antonio Garcia Peris (Sorolla and Peris’s daughter Clotilde married in 1888), who provided him with a studio as he set about establishing himself as an artist.

That meant climbing the ladder of official approval, exhibiting appropriate work in public venues, regional and then national – notably the Exposición Nacional de Bellas Artes in Madrid. Armed with his exceptional technical abilities, Sorolla applied himself to suitably patriotic, devout and otherwise worthy subjects. He visited the Prado from 1881, making copies from the work of several painters, notably Velázquez. Apart from the formal connections of several of his works to Velázquez’s Las Meninas, he was clearly struck by his precursor’s dazzling technique, a kind of painterly alchemy.

In the meantime, in 1885 he visited Rome, where he befriended Pedro Gil Moreno de Mora (who had a house in Paris where Sorolla and Clotilde were later welcome), and broadened his artistic horizons, as he continued to do in the following years, travelling further afield in Italy. Realism with a social conscience was his dominant pictorial mode. He made earnest, sober, substantial paintings addressing social issues, usually with exhortatory, populist titles, steadily building his profile and his reputation as his work circulated in shows abroad.

Then, as Tostmann sees it, what should have been a moment of triumph for him turned sour. Awarded a prestigious medal at the Exposition Universelle in Paris 1900, he arrived to find his paintings relegated to a poor, cluttered location. They were, in his eyes, major, carefully considered works, even if at least one of them, Sad Inheritance, now seems in many ways problematic. In it, a St John of God brother oversees a group of naked, variously disabled boys bathing in the sea. The moralistic title derives from the implication that the hapless boys inherited their infirmities from the reckless behaviour of their parents (such as addiction and sexually transmitted diseases). It won Sorolla his medal, but the Spanish government declined to acquire it.

He relished painting outdoors, working rapidly and accurately even in intense, glaring sunlight

That wasn’t Sorolla’s main issue, though. Tostmann suggests that the problem was that his own work looked tired and outdated to him, prompting a significant change in direction. His love of brilliant Mediterranean light was evident in several of the Paris works, notably the sun-drenched Sewing the Sail from 1896; but, from the turn of the century, a new spirit began to emerge in his seashore paintings. They focused on pleasure, relaxation and lightness, and such issues as the hard lives of the fishermen faded into the background. Many photographs attest to the fact that he relished painting outdoors, working rapidly and accurately even in intense, glaring sunlight.

Sorolla’s fame and popularity grew exponentially. He fulfilled prestigious portrait commissions with great aplomb. While he never for a moment embraced any of the emergent radical movements in painting, some of his landscape work in particular is strikingly experimental. Another important punctuation point in his career came with that heavily promoted exhibition in London’s Grafton Galleries in 1908. Although he was welcomed as artistic royalty in London and heaped with praise, with a banquet at the Royal Academy in his honour, he grumbled that actual sales were very disappointing.

The whole episode might have been a damp squib except that, at the last minute, an American Hispanist millionaire, Archer Milton Huntington, visited the show. He was impressed and opened to door to staging an exhibition in the United States. Sorolla was delighted. The following year, a huge exhibition of his work at the Hispanic Society of America in New York was a triumph, going on to tour other venues in reduced form (and generating exhibition opportunities in Mexico and further south). In today’s currency, sales amounted to nearly $5 million and he was summoned to the White House to paint president Taft’s portrait.

A couple of years later, he took on a vast, lucrative commission to paint a series of panels depicting the regions of Spain, under the title Visions of Spain, for the Hispanic Society. It did not occupy him exclusively – he still made personal work – but it set him on a trajectory for his remaining productive years. He managed to complete the panels, as well as numerous preparatory paintings of, for example, ethnographic studies of people in traditional local costume. Sorolla relished hard work and his commitment was absolute, but his ethnographic paintings, and the panels, are a disappointing conclusion to a heady creative life.

From 1915 he had health problems. He continued to maintain a hectic schedule but, in 1920, he suffered a serious stroke while painting in his garden and was never able to paint again. He died in August 1923.

Sorolla: Spanish Master of Light is at the Beit Wing of the National Gallery of Ireland, Dublin, until November 3rd. Tickets €15/€10/€5 at nationalgallery.ie