The challenge of turning a crisis into an advantage 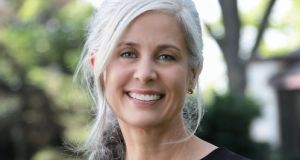 Andi Owen, chief executive of Herman Miller: ‘I was called reactionary, crazy,’ she says. Even some board members asked, ‘Are you sure you need to be that drastic? It’s just the flu.’

Andi Owen has been back in her office for a few weeks now and says there’s something about the place that working from home just can’t match.

“There’s still something we cannot replace about being together in a place that’s designed around your strategy and your culture,” she observes. “It’s been great to have those in-between conversations when you turn around from your desk without having to schedule a Zoom call.”

Ms Owen has more reasons than most to rhapsodise about the side benefits of a swivel chair: as chief executive of Herman Miller, office furnishings are the lifeblood of her business.

If it was jarring for the world’s desk dwellers to swap the lumbar support of their Aeron and Eames office chairs for their too-hard kitchen stools and too-soft living room couches, coronavirus posed a more existential challenge to Ms Owen.

Herman Miller is both a manufacturer, faced with broken supply chains and the task of safely operating factories from China to England, and a retailer. Its like-for-like sales plunged by 35 per cent in the three months to May, erasing a year’s profits in a quarter, and its share price has halved since January.

“You’re never prepared” for a crisis like this, Ms Owen says, but “it’s one of those times where you learn what you and your team are made of”.

Herman Miller’s headquarters is in Zeeland, a 5,500-soul Michigan town with a disproportionate interest in the question of whether the office buildings that make up larger metropolises will ever fill up again.

Close to Grand Rapids, the woodworking hub once known as Furniture City, Zeeland is where Dirk Jan De Pree bought the Star Furniture Company in 1923 and renamed it for the father-in-law who funded the investment.

Company lore has it that De Pree responded to the Great Depression by shifting Herman Miller’s focus from the overstuffed period furniture from which it then made its money to a modernism that ended up transforming our homes and offices.

The collaborations he and his sons struck with revered designers brought us the Eames and Aeron chairs – and our love-hate relationship with the Action Office cubicle system. One of those sons, Max De Pree, also coined concepts such as “inclusive capitalism” and “servant leadership”.

Ms Owen’s challenge is to square that culture with the bottom line, and to prove that Herman Miller can again turn a crisis to its advantage.

The 55-year-old Gap veteran joined only two years ago after a stint struggling to turn around the retailer’s Banana Republic chain. Unlike Herman Miller’s founder, she has not only an economic crisis to navigate but Covid-19’s threat to the very idea of in-person office collaboration on which its business now depends.

Like most CEOs, she says her first priority was her employees’ safety, but as she closed plants, she encountered pushback on “everything”.

“I was called reactionary, crazy,” she says. Even some board members asked, “Are you sure you need to be that drastic? It’s just the flu,” she says.

Ms Owen ramped up her communication with employees, opening up to all staff the town hall meetings she had previously held infrequently with her top 300 leaders – and making them weekly events. “The frequency with which you have to communicate, it’s like nothing I’ve seen before,” she observes.

As the pandemic’s financial toll became clear, though, her communications included the grim news that the company would have to shed more than 400 of its 8,000 people. Ms Owen also cut salaries for most of her workforce by 10 per cent and her own by another 50 per cent. “You have to be willing to make the sacrifices you ask your people to,” she remarks.

She also had to balance safety with customers’ needs. Within a week of shutting Herman Miller’s operations in Michigan, Ms Owen worked with the state’s governor and rivals such as Steelcase to bring a third of its manufacturing staff back to make masks, face shields and furnishings for temporary hospitals.

Reopening factories required adjusting shift times, spacing out assembly lines and adding features such as no-touch doors, and the company packaged up such safety tips for clients as its team moved to selling via video calls.

Ms Owen came to Herman Miller with a strategy of digitisation, localisation, building its direct-to-consumer business and investing in “automation for good”. Her task, she says, has been to stay focused on these priorities.

“This too shall pass, and it won’t pass easily but it will pass. You need to balance the really hard reality of where we are now with where we’re headed,” she says, seeing “opportunity in redefinition”.

The company has first had to redefine itself for the era of working from home. Companies such as Google have let employees expense home office equipment, and Ms Owen’s team raced to have a “work from home” offering ready for them.

But if her early actions gave the business a future to focus on, a second challenge soon compounded the first. The protests that followed George Floyd’s killing by police flowed from the streets to the Zoom calls of corporate America, as employees asked hard questions about the lack of diversity in their companies. Herman Miller, like most rivals, is dominated by white designers.

Her predecessor, Max De Pree, once said that a leader’s first responsibility is to define reality, she notes, and Ms Owen admits that trying to get on top of all the issues Floyd’s death brought to the surface was “a journey”.

“I’ve always considered myself really educated and really awake. But being a white woman I have so much to learn,” she concedes. She had invested in diversity and inclusion initiatives, but knew she needed to go further, setting new goals and working with design schools to bring more non-white students into the industry.

Did she encounter pushback? “Yes, for sure. Like anything else in our world today things are very polarised . . . I’ve encountered all ends of the spectrum and I feel the need to educate people and bring people along,” she says.

But she will not be swayed from her commitments on this issue, she stresses, and these – as much as the priorities she set in response to coronavirus – will position Herman Miller to emerge stronger, she argues.

It is too soon to see much evidence of that in its results, but there has been one clear bright spot: shipments of office chairs to residential addresses surged 110 per cent between March and May.

Not everyone misses their office as much as Ms Owen did but now, she notes, “we’re all at home sitting on our dining room chairs realising how awful they are”. – Copyright The Financial Times Limited 2020