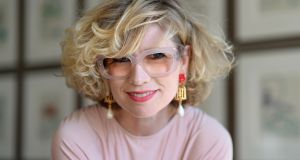 Sonya Lennon: ‘How we work, as women and men, is ripe for change.’ Photograph: Dara Mac Dónaill

An advocacy group for gender equality in the workplace has called for a State-backed quality assurance mark for organisations that commit to making progress on the issue.

The recommendation is among a range of measures proposed in a report launched on Wednesday by the Dublin branch of Dress for Success, founded by designer Sonya Lennon. The #WorkEqual report’s recommendations arises from a workplace equality conference held by Dress for Success and State training agency Solas last November in Dublin.

Delegates at the conference, which was addressed by then taoiseach Leo Varadkar, were split into working groups on the day, with the aim of coming up with a series of recommendations to policymakers to help address what Ms Lennon called workplaces’ “inherent bias towards men”.

The delegates’ ideas were later collated by Ms Lennon and NUIG academic Michelle Millar, who jointly authored the report that was launched this week.

The proposed measures are grouped around five headings, including policies for childcare and parental leave, tackling societal gender norms, flexible working practices, helping women into leadership positions and tackling the gender pay gap, which is a measurement of the difference in average earnings between men and women.

Ireland’s gender pay gap is said to be almost 14 per cent, influenced by factors including a greater proportion of women working part-time and taking time out of their careers for family reasons.

Among the other measures proposed in the #WorkEqual report are a call for shared parental leave between mothers and fathers in the first year of a baby’s life, and a legal requirement on employers to be explicit on their policies around leave for parents.

The report also calls for changes to the education system to eradicate gender stereotyping in school books, as well as unconscious bias training for teachers and a drive to recruit more men into the profession.

The campaign also called for State-backed financing for female entrepreneurs, and for the Government to implement legislation that has been passed making it a legal requirement for larger companies to calculate and publish their gender pay gap.

“How we work, as women and men, is ripe for change. This has never been more apparent than during the Covid-19 crisis,” said Ms Lennon.

“We have been wedded to a work culture of long hours, presenteeism, mental health issues and burnout. Many women have been forced to pause their careers and opt for part-time, lower-paid work to mitigate the high costs of childcare. All of these factors have led to a lack of representative decision-making at all levels of our society.”

She said the aim of the campaign was “to develop very practical recommendations that can be implemented by government and workplaces swiftly and easily. We believe there are steps that can and must be taken to eradicate gender inequalities at work.”

Solas, the successor organisation to Fás, this week also committed to sponsoring the #WorkEqual campaign for a further three years.