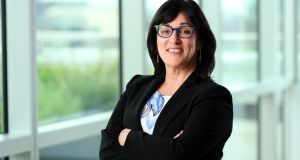 Recruitment company CPL Resources delivered strong results on the back of persistent skills shortages in some of the key sectors it operates in such as technology and pharmaceutical.

The Dublin-listed group increased revenues for the year to the end of June by 8 per cent to €565 million, while pretax profits increased by 33 per cent to €25 million from €18.5 million previously.

Chief executive Anne Heraty told The Irish Times that demand in the technology sector in particular is heightening as a result of skills shortages in the sector.

CPL works with almost 3,000 companies, ranging from multinationals such as Facebook and Pfizer to small and medium businesses.

Asked about whether she has any concerns about Brexit, Ms Heraty said a rise in unemployment in the event of a hard Brexit “would not be good”, although the company has had a good start to its financial year, she added, noting some concern about the “wider macro environment”.

In particular, the company’s “flexible talent” business, where it places contractors and shorter-term candidates, had positive growth and now represents 71 per cent of gross profit.

It also launched a new division – Covalen – during the year to better support its international clients.

At the year end, the group had also built up a strong net cash position of €40.1 million, up from €24.2 million the previous year. Asked whether the group was considering any options to deploy its cash, Ms Heraty said the board will keep that under review. And while CPL isn’t currently looking at acquisitions, Ms Heraty said: “I wouldn’t write them off”.

The company also announced on Tuesday that its chief operations officer and deputy chief executive, Mark Buckley, would be stepping down from September 30th to “pursue other opportunities”. He has yet to be replaced.

Looking forward, chairman John Hennessy said: “We operate in a cyclical industry which is sensitive to changes in economic activity within our core markets.

“While our business model has evolved over the years to include more secure revenue streams, the visibility of a material proportion of our net fee income remains short term,” he said.

“As long as the terms of the UK’s planned departure from the EU remain unclear, Brexit will continue to give rise to uncertainty for businesses in all sectors, including our own.”

1 Suspicions rife as key Brexit trade talks begin in Brussels
2 Housing crisis: Bogus notion that supply will cure our woes
3 Bank leaked my loan request to family who tried to rip me off
4 Irish companies restrict travel over coronavirus fears
5 The Cork butcher’s daughter directing A-list celebrities in Miami
6 How well paid do you think you are? Here’s how to work it out
7 Life as a Facebook moderator: ‘People are awful. This is what my job has taught me’
8 Airline stocks bear the brunt of Covid-19 volatility
9 Claims of intra-family espionage emerge in billionaire Barclay family feud
10 Corona beer firm reeling after 8% slide due to coronavirus
Real news has value SUBSCRIBE