Speaking up for staff protection from workplace sexual abuse 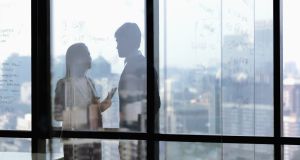 Formal systems to tackle workplace abuse can be difficult to moderate. Photograph: iStock

When the management at London’s Old Vic theatre was confronted with allegations of “inappropriate behaviour” by Kevin Spacey, the venue’s former artistic director, in October 2017, they faced a double shock.

Kate Varah, executive director, not only had to grapple with the discovery that 20 former and current employees had complaints – many serious – about inappropriate behaviour by the venue’s former star employee. She also had to get to grips with the long-term failure of the theatre’s personnel policies to empower employees to air their concerns.

Since then, the Old Vic has become a vocal advocate for workplace reform. With Lewis Silkin, its employment lawyers, it has devised a programme called the Guardians Network: trained employees who can offer other workers confidential discussions about workplace malpractice.

The programme has been adopted by more than 50 other employers, mainly arts organisations.

Some companies are working with employment lawyers on approaches tailored to their specific circumstances, while the British government this month launched a consultation on whether to strengthen the obligations on employers to protect workers from sexual harassment.

Varah says her organisation had settled on the Guardians Network after asking how it could best prevent the abuse of power by high-ranking employees. “How do you ensure that, no matter how senior a person is, everybody in an organisation feels that they’re allowed to raise an issue and allowed to have a voice?”

Some critics believe a more comprehensive rethink is required. Sue Coe, a senior policy officer at the Trades Union Congress, says employers should be under a legally enforceable obligation to ensure their workforces are free from harassment. That could involve mandatory induction training and regular checks with employees.

“We have to take the pressure and the onus off this one individual and then say it’s the employer’s job to keep people safe at work,” Coe says.

Employment lawyers in the UK say claims related to sexual harassment have doubled since the emergence of allegations against Weinstein, which he has denied.

Varah says the revelations about Spacey, which were made public weeks after the initial Weinstein claims, illustrated the difficulty of fighting someone with authority within an organisation. An independent report on the claims by Lewis Silkin said a “cult of personality” around Spacey prevented his victims from speaking out.

Under the Guardians Network approach, selected employee volunteers undertake training and commit to provide confidential advice to anyone contemplating a complaint.

Richard Miskella, head of employment law at Lewis Silkin, who helped to devise the scheme, said his firm was advising a wide range of companies, including advertising agencies, law firms and media organisations, on the approach.

“What we’re trying to do is make small adjustments to make sure that the culture [of an organisation] is respected and that people live the culture in their day-to-day lives,” Miskella said.

The Old Vic’s scheme has created “champions in the workplace” who are standing up against sexual harassment, says Rebecca Hilsenrath, chief executive of the UK’s Equality and Human Rights Commission.

She described the theatre’s programme as giving employees an anonymous place to air concerns and improve attitudes across the organisation while making poor behaviour less acceptable. “They’re trying to look at the culture and I think that’s important,” she said.

Anna Sella, an employment lawyer at Lewis Silkin, says she has volunteered in her own firm’s Guardians Network because she wants to contribute to making it a “good environment”.

“I’d like to think I’m a relatively non-judgemental listener and that seemed to be quite important,” Sella says.

While some legal advisers welcome the theatre’s initiative, others express concern about the legal implications of the Guardians’ obligation to respect fellow-employees’ privacy, warning that it could prevent the detection of a serial abuser.

Suzanne Horne, head of the UK employment practice at Paul Hastings, an international law firm, says no single policy would work everywhere. “I think there’s no silver bullet,” she says.

Miskella says the theatre’s approach worked partly because, by adopting the system, senior executives were sending out a message that they supported a culture where people were safe from harassment.

“Any individuals prone to behaving in a countercultural way are then on notice,” he says. “Anybody that they do this with is about 30 seconds away from a very informed source of guidance.” – Copyright The Financial Times Limited 2019