Shut up and get lost: advice for outgoing chief executives 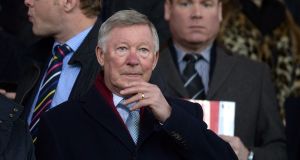 Former Manchester United manager Alex Ferguson: “It is unfair . . . to try and retain the authority you once possessed. You have to let go and let the new man and the new regime do what they think is best.” Photograph: Oli Scarf/AFP/Getty

Alex Ferguson, the former manager of Manchester United, once offered this universal truth about how to behave towards a successor: “It is unfair . . . to try and retain the authority you once possessed. You have to let go and let the new man and the new regime do what they think is best.”

Sir Alex was being rather disingenuous. After David Moyes took over from him in 2013, the legendary coach stayed on as a club director. TV cameras recorded his every frown as he watched Mr Moyes’s flailing efforts from the stands.

Sir Alex wrote in his 2015 book that they were trying “to catch me acting like Statler or Waldorf, the two curmudgeons in the Muppets, who are always criticising what is happening on the stage”.

It may not have been a deliberate haunting, but it probably felt like that for Mr Moyes. He was sacked after only 10 months.

The uneasy detente between Travis Kalanick and his successor as Uber’s chief executive, Dara Khosrowshahi, reminded me of the Statler and Waldorf risk. Mr Kalanick is still on the ride-hailing company’s board. He has to watch as the new boss changes the team he built, overhauls the culture he created and reverses the management style he notoriously modelled.

Mr Kalanick’s restraint is admirable, if self-interested. As founder, he has a large stake in Uber, which went public last week. The real test of his self-discipline will come if his successor steers Uber back into trouble.

The responsibility of chief executives who are paid employees, rather than company creators, is clearer. “The general [public company] rule should be that once you leave as CEO, you really do leave,” says Ian Cheshire, former chief executive of Kingfisher, the UK retail group.

He made himself available to advise Véronique Laury after handing over to her in 2015, but had “perhaps three chats”.

“The last thing your successor needs is [the CEO’s] ghost hanging around to act as the lightning rod for any disaffected opponents of change,” he says.

Yet it is hard for long-serving and successful chief executives to stick to this rule. They sometimes carry a strain of the virus that infects founders.

As their tenure draws to a close, they start to worry about their “legacy”, a word that should be expunged from the CEO vocabulary. When they see the new incumbent making changes, they yearn to step in and set them straight.

Resisting the temptation to tinker must be even harder if they are down the corridor, occupying an advisory role. Think of the hyperactive Lloyd Blankfein, now looking on as “senior chairman” at Goldman Sachs, having handed executive powers to his successor David Solomon.

Howard Schultz admitted how hard it was to let go after he gave up the chief executive role at Starbucks in 2000. As chairman, he recalled how, “walking by closed-door conference rooms, I would peer through the windows, literally feeling like an outsider looking in”.

Soon he was back inside. He returned as CEO in 2008 after the chain lost its way, finally hanging up his barista’s apron last year.

In 2008, former General Electric chief Jack Welch stated publicly that if Jeff Immelt, who had taken over from him seven years earlier, missed an earnings target, he would “get out a gun and shoot him”.

John Reed was still admonishing Citigroup’s leaders in 2014, a full 14 years and at least four chief executives after he had last held the title at the bank.

A good handover helps avoid later recriminations. Financial regulators now insist on a formal transfer of knowledge when senior bank roles change hands. Yet there is still an emotional side to change at the top.

It can be like a bereavement, another former chief executive says: “I felt an enormous sense of responsibility to make sure [my team] were comfortable and felt looked after.” She then looked on mutely as her successor tore into her staff and her strategy.

“Nothing, nothing, nothing is as disgusting to me as some old CEO chirping away about how things aren’t as good under the new guy as they were under him,” a remorseful Mr Welch told CNBC a day after his outburst.

New chief executives can help their predecessors stick to this excellent principle by remembering they are temporary stewards of the companies they head, not flawless immortals.

A CEO’s job – even at Uber which, goodness knows, needed an urgent reboot – is more often to judge what to keep and hand on, not what to change and stamp with an imperial hallmark.

New leaders bring a fresh eye. Too often, though, they pursue change for change’s sake. A smash-it-all-up approach will goad grumpy Statlers and Waldorfs. Worse, it will sow chaos among the very team members the new boss needs to rely on. – Copyright The Financial Times Limited 2019