Boomerang employees can work out. Just don’t get hit in the face 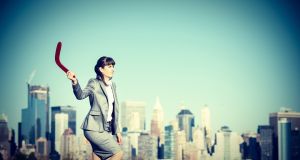 Companies that take these quick-turnaround boomerangers back benefit from the fact that they hit the ground running and don’t need retraining. Photograph: iStock

Apple co-founder Steve Jobs and Twitter co-founder Jack Dorsey are two high-profile examples of “boomerang” employees – people who leave and subsequently rejoin the same organisation. Jobs took a break of 12 years between his two stints at Apple, while Dorsey founded his second start-up, Square, during his seven-year break from Twitter.

The gap between leaving and returning may be months or years, and what usually draws people back is often what sent them away in the first place – familiarity. On the way out, it may look like a negative, whereas on the way back it looks like a good fit between an individual’s values and career aspirations, the organisational culture and the opportunities within it.

One of the biggest reasons people come back on the next bus, as it were, is because they realise they’ve made a mistake in leaving. Punishing them for straying by refusing to rehire them is the HR equivalent of shooting oneself in the foot in a tight labour market. The fact that someone left is not an indication of their loyalty. Rather it shows initiative and a strong personal drive to improve.

Companies that take these quick-turnaround boomerangers back benefit from the fact that they hit the ground running and don’t need retraining.

With a constant stream of new job announcements, especially from international companies based here, there are now more jobs in some sectors than people to fill them. Many employers still have a policy against rehiring former employees, but a growing number are beginning to accept that hiring returnees and encouraging others to come back is becoming part and parcel of the recruitment process in this challenging environment.

Indeed, enlightened organisations are creating networks of former employees in order to stay connected to them. Microsoft, Dell and JPMorgan are just three examples of companies actively maintaining good relationships with former employees.

Closer to home, the business advisory and accountancy firm, Crowe, is also proactive in this regard. It employs 130 people, including 14 partners, and was in the limelight recently as its consultancy team was involved in the Scally inquiry into CervicalCheck. Crowe (previously Crowe Horwarth and, before that, Bastow Charleton) has rehired five former employees, and the firm’s HR director, Beccy Cameron, says the firm has benefited significantly from the skills they acquired while away.

“I think we’re long past the ‘Don’t you darken my door again’ attitude to people who have left,” she says. “Assuming they depart on a good note, perhaps to travel or try a new industry or pursue a career development opportunity you couldn’t give them, why wouldn’t you have them back? It’s cost-effective as it cuts out the recruitment and on-boarding costs, and they return with a fresh perspective, more knowledge and an enlarged business network.”

Cameron acknowledges that there is a potential downside to a rehire.

“There could be any number of reasons why leaving the company was the correct decision for both parties, and those reasons could still remain,” she says. “But by ensuring you have a robust selection process, you will always ensure that you find the best person for the job – whether that is a former employee or not.”

Points to consider before welcoming a boomeranger back is whether or not they were missed. If people couldn’t wait to see the back of them because they were difficult to work with or upset the team dynamic, it’s unlikely things will be any better this time around.

The second concern should be whether or not they are the best candidate for the job. They may be an easy hire because they’re known, but is there someone else out there who is better-qualified and has more to offer?

“When you consider that those now joining the workforce are likely to have multiple jobs during their working life and are likely to be made redundant at least twice, following traditional recruitment patterns and practices isn’t going to work long-term,” Cameron says. “A recent employee study by US-based Workplace Trends found that 15 per cent of employees have returned to a former employer and 40 per cent say they would consider it.

“There are huge benefits to maintaining an active alumni network if you’re looking to hire qualified talent.”

It will come as little surprise that boomeranging is being driven by the “WIIFM” (what’s in it for me?) generation, who have a somewhat agnostic attitude to employment. It’s not that they’re disloyal per se, but rather that their loyalty to an employer has evolved to fit in with the fact that they will move around as often as is necessary to find the kind of role and life-work balance they want.

This might sound like a HR person’s nightmare, but in fact the parallel development of social networks actually makes it a lot easier to keep in touch with former employees.

Academic institutions are past masters at tapping their alumni for money and to help people get jobs. A bit late in the day, perhaps, corporates have cottoned on to the fact that these networks can be highly effective and have begun creating their own as a way of keeping tabs on talent and making people feel they are still connected to an organisation even though they’ve moved on.