Robots need to become more like humans and not the reverse 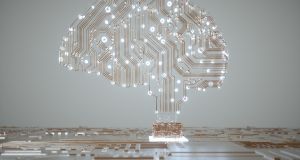 ‘It is hard to worry about the threat of artificial intelligence when a computer shows no sign of intelligence at all.’ Photograph: Getty

No one has ever asked me to name the most incompetent employee at the Financial Times but, if they ever do, I will be able to answer easily.

The most cretinous oaf by far is a new arrival who has just one job: to take down messages left on our office phones so we can see who has tried to call us without going through the palaver of listening to voicemail.

I have had seven of these messages. “Break the Silicon Valley, Natalie,” announced a typical note. “I’m a user music to reach an audience,” said another, allegedly from someone called Nicholas but so full of gibberish it was impossible to be sure.

My colleagues have seen worse. One was told he had a message from a caller, who said he had been “working with the Russian” and “I got killed”.

Any human producing rot like this would be given a stiff dressing down and very possibly the sack. This culprit need not fear. It is, of course, a computer programme or, to be precise, a part of the FT’s new internet phone system. And I find its ineptitude cheering.

It has turned something as mundane as a phone message into an unintended source of office joy. My colleagues have delighted in trying to outdo each other with the latest message idiocy.

Each case also puts into refreshing context the studies suggesting up to 47 per cent of US jobs are at risk of automation. It is hard to worry about the threat of artificial intelligence when a computer shows no sign of intelligence at all.

Obviously, this is likely to change, but perhaps not always in a bad way. Some speech-transcribing computers are learning to be smarter. I just wish they would hurry up. Great stretches of my life as a journalist have been spent tediously playing back recorded interviews. I would happily let a computer programme take over this work if I ever found one reliable enough for the job.

That underlines a larger point about humans and automation: trying to make a computer act like a person is distinctly better than the reverse.

Treating workers like robots is, alas, a problem that has always been with us. Yet as employee expectations shift and the use of social media rises, employers with toxic workplaces are being exposed with ever more alacrity.

In February, managers at a Sydney hospital in Australia faced outrage after a trainee doctor wrote a blog revealing she had quit after being on call for 180 hours in a row, in a job that had left her chronically sleep-deprived and “broken”.

Last year, the Moelis & Co investment bank made news when it emerged a banker had sent a 12:30am email to junior staff complaining he had just walked around the firm’s New York office and found only 11 of them at their desks.

This month, a court case began in France that may ignite wider anger. Orange, the telecom company, is in the dock over claims that sweeping job cuts and restructuring carried out a decade ago led to 19 suicides, 12 suicide attempts and eight cases of serious depression. Managers forcefully deny the charges and the case is in some ways peculiar to France, where a law of “moral harassment” allows such actions to proceed.

Yet I suspect it will be closely watched elsewhere because it involves allegations that will sound familiar to people subjected to the uncertainty and stress of company restructuring.

Workers endured “excessive” control, according to reports of the indictment last week. Some were assigned to “demoralising tasks”. There was not enough proper training. Employees felt isolated or intimidated. A suicide note left by one employee said there had been a permanent sense of urgency and “management by terror”.

In short, workers were allegedly treated as if they were not much more than machines.

The great question for the workplace of the future is whether actual machines will end up making a day in the office better, worse or non-existent.

I like to think sense will prevail, but I am not confident. As I write, a colleague has sent news of yet another phone message. “I’m going to just let you know,” said one caller ringing about a court appeal, that we “may have lost a pair of pants”. – Copyright The Financial Times Limited 2019