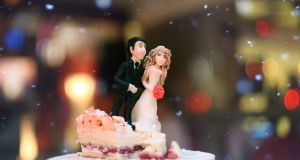 Opposites may attract, but when it comes to marriage, it seems all many of us want is someone to have, to hold, to share our ambitions and to understand where we’re coming from when we vent about work.

Prompted by anecdotal evidence that people often marry within their own occupation, the Central Statistics Office (CSO) was moved to take a wedding season dive into Census 2016 data, cross-referencing spouses and occupations, and guess what?

“It turns out the chances of marrying someone from your own occupation are quite high.”

Data on same-sex marriages and civil partnerships was omitted from its study due to their relatively smaller numbers, the CSO said.

Almost half of female gardaí (49 per cent) are married to male gardaí, while other “notable examples” of occupations where women are hitched to men who do the same job include shopkeepers (35 per cent), bus and coach drivers (34 per cent), dentists (25 per cent) and vets (24 per cent).

The occupation where men were most likely to marry their female equivalents was nursery nurses and assistants (57 per cent) and nurse and midwives (55 per cent), indicating perhaps that where men interested in women are outnumbered by them at work, they have less of a need to look beyond the workplace for a spouse.

Married to the job

Some 39 per cent of male florists are married to female florists, the CSO noted, though this figure may not be all that meaningful statistically given there were only 36 married male florists recorded in the census.

The CSO, which stressed that the data it examined was anonymised and unidentifiable, also looked at the marriage patterns of those who dared to marry outside their occupation.

Here, it found that male gardaí were less likely to marry female gardaí (who accounted for 10 per cent of their spouses) than they were to exchange vows with female nurses and midwives (15 per cent).

“Generally, people are most likely to get married within their own occupation,” the CSO concluded.

“However, the analysis indicated that people are also likely to marry people in other occupations that they work closely with, or where they may share similar working hours.”