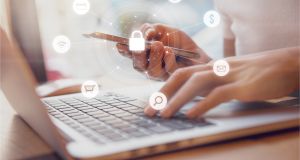 The arrival of GDPR has catapulted the responsibility for managing data right to the top of the business agenda. Most organisations continuously collect new information about customers, suppliers, service providers and employees, but what to do with it is fast becoming a major preoccupation for companies everywhere, according to the 2018 global human capital trends survey from Deloitte.

More than 11,000 HR and business leaders worldwide took part in the research and what came through loud and clear from an Irish perspective was real uncertainty around using data and people data in particular.

The main concerns expressed related to security, keeping data use transparent and how to use it to inform decision-making, especially around hiring, retention and HR policies.

Of the 212 Irish companies that participated in the survey, only 8 per cent felt “very ready” to deal with the challenges of people analytics, despite over half (52 per cent) rating it as “very important”.

Roughly a quarter described their people data capabilities as “advanced” and almost half said that people data and metrics are playing an increasing role in their decision-making. That said, only 11 per cent are currently using people analytics to support their talent acquisition.

“We’re hearing a lot about customer data and the technical aspects of keeping data secure at the moment and that’s one side of the coin. But organisations also need to start looking inwards at the information they hold about employees and what they are doing or not doing with it,” says Valarie Daunt, partner and head of human capital management at Deloitte Ireland.

“Most organisations have a lot of information about their people but they are not using it effectively to gain real insights and understand why employees stay or leave, where their talent sits and how to best set their policies to suit their workforce.”

With the labour market becoming increasingly tight, Daunt says that data can give a much more accurate picture about why people leave a job than the traditional exit interview.

“Most exit interviews follow a list of set questions and the quality of the information that comes from them can be poor,” she says. “It is also the case that those on their way out are often not 100 per cent upfront about why they’re leaving. But if you go back to the data and look at the trends, it’s likely to give a much more realistic picture of the real reasons people are moving on.

“An example would be where the analysis of exit data shows that a particular group of people, such as women in their 30s with young children, are leaving an organisation. That should ring alarm bells that there’s clearly an issue, probably around working hours, that needs to be addressed with a more flexible policy,” Daunt says.

One of the other key points to come out of the Deloitte report is that those occupying the C-suite are going to have to shake up their ideas about what makes a good business.

It used to be pretty simple. Measures of success were typically growth and profit. But three powerful macro forces are now turning that on its head: the rising power and influence of millennials in the workplace, corporates being expected to fill the widening leadership vacuum in society and the unforeseen consequences of seismic technological change at work from AI and robotics to increasing automation.

“Organisations are no longer assessed based only on traditional metrics such as financial performance, or even the quality of their products or services,” the report says. “Rather, organisations today are increasingly judged on the basis of their relationships with their workers, their customers, and their communities, as well as their impact on society at large – transforming them from business enterprises into social enterprises. In many ways, social capital is achieving a newfound status next to financial and physical capital in value.”

According to the report’s authors, what has tipped the balance are the changes that have taken place since the global financial crisis.

“Despite the economic recovery the world has seen since 2008, many people feel frustrated that financial gains have failed to improve individuals’ lives, address social problems, support political stability, or mitigate technology’s unintended consequences. People today have less trust in their political and social institutions than they have in years; many expect business leaders to fill the gap.”

What this means in practice is that an increasing number of young people now want to work for organisations with a purpose that goes beyond “just” making money. “They are looking for an holistic work experience that incorporates personal wellbeing, financial wellbeing and a good rewards system that is transparent and individualised to them,” Daunt says.

“Being able to provide this is going to become hugely important and organisations stuck in the mindset of ‘we pay well, we have a bonus scheme, we have an employee assistance programme – haven’t we done enough?’ are going to lose out because they are not in touch with what their employees now really value.

“Careers are no longer narrowly defined by jobs and skills,” she adds. “The need for people and organisations to constantly upgrade their capabilities together with shifts in employee preferences demands new approaches to learning, job design, performance management and career development.

“Organisations must rethink how they coach and develop employees, focusing on the learning environment and experience-based opportunities while empowering individuals to manage their own careers.”