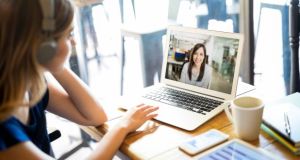 The Republic had one of the highest rates of employees working from home during the Covid-19 crisis, according to labour market think tank Eurofound.

The group’s Living, working and Covid-19 survey, which tracks labour market shifts, found that approximately 40 per cent of paid hours worked by employees were performed from home at the height of the crisis.

This reflects “the magnitude of change that has taken place with regards to working life in just six months,” the report said.

Belgium had the highest rate of employees working from home, with over half of respondents (52 per cent) indicating that they worked from home exclusively during the pandemic, and just 24 per cent working at the employer’s premises.

The report founded “home-only telework rates” were also high in Ireland (47 per cent), Italy (47 per cent), Spain (45 per cent) and France (43 per cent). These high rates are particularly notable considering low rates of even occasional telework in most member states preceding the crisis, the report noted.

Respondents who teleworked tended to be relatively privileged, as evidenced by high levels of educational qualifications and economic resilience, the survey found.

It also highlighted “shortcomings in practical transitions to telework” across Europe with less than half (47 per cent) of teleworking employees indicated that their employer had supplied the necessary equipment to work from home.

It also found a work-life conflict was particularly evident for people with children under 17 who worked from home, and this was most notably the case for women. In total, 22 per ent of respondents working exclusively from home reported difficulty concentrating on work because of family obligations, compared to 8 per cent of those working in other locations.

“This research shows the radical changes that have happened in working life in a very short period of time,” Massimiliano Mascherini, Eurofound head of unit for social policies, said.

“Telework is a work organisation issue, a work-life balance issue, a gender equality issue, a regional development issue, and also a macroeconomic issue of pivotal importance to the future of Europe,” he said.

“We have experienced a telework revolution that looks set to permanently change working relationships, the onus is now on policymakers to both maximise its potential for protecting the economy, and minimise associated work-life conflicts,” he said.