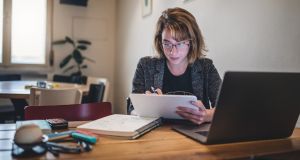 Best practice for management is to respect boundaries, not least because many people are juggling caring responsibilities with working from home.

“The last six months have been like playing a game of chess where all the pieces can move in any direction, even the pawns,” says one middle manager in financial services. “My team has changed twice and I’ve had little or no say in the selection process. I’ve ended up with a very mixed group who don’t know each other and have different expectations and levels of experience. None of us has worked from home before and I’m supposed make it all work seamlessly on Zoom while not dropping the ball on productivity.”

This is not untypical of the situation many of those now running distributed teams find themselves in. Working from home sounded great in theory and initially everyone was upbeat about being able to work from the sofa in their PJs if they felt like it. But it hasn’t taken long for the realities of remote working to kick in and for people to realise how much we rely on formal and informal interactions to provide stability and structure during the working day.

Managing individuals located in different places is not new. Many organisations have done it successfully for decades. What’s different on this occasion is the speed and scale of the transition and the fact that everyone got pushed in at the deep end together.

“It has undoubtedly been a very steep learning curve for many but there are some things you can do that will make it work better,” says organisational behaviour expert Prof Karan Sonpar of UCD’s College of Business.

“Working remotely requires more individual contact, not less, and the first mistake people make is to have lots of large-group meetings.

“The problem with this is that many people will not feel psychologically safe in a bigger group. This makes them nervous of sharing private or sensitive information and afraid to ask questions.

“It would be wrong to assume that just because you have lots of Zoom calls in your diary, you’re communicating well. Generally you’re not, because you’re not having those very important one-to-one water cooler conversations that allow you to check in with people individually informally.”

Sonpar says the next most common remote managing mistake is having too many calls. “People get fatigued by Zoom and trying to cope with what it can produce – which is a great deal of electronic garbage,” he says. “By this I mean lots of invites and lots of conversations that are often irrelevant but people feel forced to participate in.

“You also get a lot of showboating, with people putting forward initiatives, sometimes with the best intentions but often just to ‘position’ themselves. Eventually it becomes exhausting and oppressive.”

Third on Sonpar’s best-practices list is to respect boundaries, not least because many people are juggling caring responsibilities with working from home.

“Give people advance notice of meetings and don’t infringe on their time unnecessarily,” he says. “Yes, there are still normal working hours but we are living in abnormal normal times and managers need to be aware that people have other things going on.

“Finally, it’s important to remember that the current type of situation can lead to feelings of exclusion. There’s no gossip, no chat over a coffee and this creates uncertainty about what’s really going on. You may never completely allay people’s fears, but you have to try by being in more frequent contact than you would if you were all together, where so much happens naturally. Make sure people know you’re accessible and available.”

Multinational software company Salesforce has managed distributed teams and collaboration at a distance for years and its director of employee success, Terri Moloney,  says being precise about what’s required is key.

“You need to connect with your team, be sure people understand what you want from them and document it after the call. It takes a bit longer but it makes things clear.

“In a meeting, people can take a lot of cues about what you’re thinking from your expressions and body language. That gets lost remotely,” she says. “We’re hearing a lot about people being exhausted by constant video calls. So, give them the option to come off video.

“We do walk and talk team meetings instead of always being on camera. You need to show empathy and flexibility and check in with people on a personal level as well as for work.”

Salesforce has a well-oiled online system to help onboard new recruits. Companies working remotely for the first time are unlikely to have this kind of infrastructure but some of the practices used by Salesforce (which has onboarded several hundred people during the pandemic) can easily be replicated to ease new people into their roles.

“We have a pre-hire piece that involves welcoming people and introducing them virtually to their team members,” Moloney says. “We assign new people a mentor or buddy who knows their way around the company and will hold their hand for the first six months. This means they don’t have to phone their manager with every query.

“We also encourage those who join at the same time to build their own community. We have a structure that maps people’s journeys for the first 90 days and, initially, I would probably check in with a new hire on my team twice a day. Structure is really important as are regular follow ups as things can get lost in translation.”

1 How long can Government afford to keep State pension age at 66?
2 Guinness brings out a non-alcoholic version of the black stuff
3 Google's incredible power is the result of decades of regulatory failure
4 Frank Fitzgibbon stepping down as Sunday Times editor
5 How much will a Covid-19 vaccine cost?
6 Galway’s Aerogen plays key role in Covid-19 therapies
7 Don’t worry about the deficit – the immediate lockdown risk is to jobs
8 Paul Coulson plans record $1.8bn Ardagh investment
9 Half of businesses plan to freeze pay next year
10 Irish start-up Wayflyer raises €7.8m in seed funding
Real news has value SUBSCRIBE