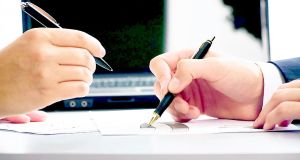 One of the main ways employers can keep employees happy is by showing they care.

Since the beginning of July, Irish and British employees of drinks company Molson Coors have been able to take “life leave”. In practical terms, this translates into two extra weeks of paid annual leave a year and the idea was to create a reservoir of time off that people can dip in to for “moments that matter” in their lives – from moving house to the days leading up to a wedding.

Life leave is in addition to other time-off policies such as sickness and compassionate absence and employees can draw it down in consultation with their line manager, with the tacit understanding that it won’t be abused, says Molson Coors’s general manager for Ireland, Ryan McFarland.

“We wanted people to be able to use their holiday as it’s meant to be – a break – whilst knowing they’ve got the breathing space to tap into extra leave for those planned and unplanned life moments,” he says. “There are often things going on in our lives that we would normally use annual leave to sort out, but this eats into actual downtime.

“We wanted to change that and give our people the ability to take care of what matters in their lives without running down their holiday days.”

Molson Coors has five breweries across Ireland and Britain, including the Franciscan Well Brewery and Brewpub in Cork, and it has set itself the challenge of achieving an industry-leading approach to work-life balance.

Life leave is the most recent initiative it has taken in the area of employee well-being. It is also committed to flexible working arrangements such as compressed hours, protecting employees’ downtime when they’re on holidays and looking out for employees’ mental health.

The company employs 2,000 people, 100 of them in Ireland. It also it has three trained mental health “champions” based in Ireland. They are all volunteers and their role is to provide confidential support to their colleagues in whatever way they can or to direct them towards professional help to deal with more serious issues.

Molson Coors’s efforts in mental health have been recognised by the UK mental health charity Mind, which has given the company a silver award in its 2019 annual workplace well-being index. A silver award is given to employers who have made demonstrable achievements in promoting staff mental health. To get a gold, employers have to show a long-term commitment to embedding mental health in their policies and practices.

“Life today comes with a lot of pressures and we want to support people to be their best selves in all aspects of their lives,” McFarland says. “We have worked hard at developing a strong culture of support and trust within our organisation and at encouraging life balance and well-being. The life leave initiative feeds into this mindset.

“One of our driving principles as a business is to empower our people to come to work as themselves, without feeling pressure to fit a corporate mould or to always keep their personal life away from work.”

The life leave scheme is obviously costing Molson Coors money, although McFarland declines to comment on this beyond saying it was one of a number of well-being initiatives identified as desirable during a series of in-house workshops a few years ago. Measuring the quantitative return on well-being investment is notoriously difficult, but at a qualitative level it seems pretty certain that people are more productive when they’re happy.

One of the main ways employers can keep employees happy is by showing they care. There is nothing new about this. Enlightened, or some might say patriarchal, companies have always taken an active interest in their employees’ welfare, if for no other reason than a healthier workforce means less absenteeism.

In an Irish context the biscuit maker W&R Jacob and the Guinness brewery were both well ahead of their time in terms of providing advanced employee welfare services. Landing a job in Guinness in the 1900s, for example, was a pass to perks such as paid annual holidays, sick pay, free meals, free healthcare, free dental treatment and annual excursions with free train tickets so workers and their families could enjoy a day in the country – at a time when very few employers offer any such perks.

Fast forward to the mid-1970s when boring old “welfare” got a fancy makeover in the United States before emerging as corporate well-being and travelling across the Atlantic in the back pocket of foreign direct investment companies. This more or less set the shape of well-being programmes as we know them today although they are currently undergoing significant expansion.

Initiatives have moved well beyond the early focus on physical issues such as stopping smoking and weight loss, and now include mental health, environmental factors and work-life balance, all of which adds up to a US corporate wellness market worth an estimated $8 billion a year. What’s interesting is the speed with which such programmes have begun gathering momentum here of late, driven in part by the tight labour market.

Anything that gives a hiring edge is desirable and organisations that don’t “do” well-being are now at a disadvantage when it comes to attracting talent.

But be warned. People are no fools. If an organisation’s interest in their well-being is feigned or all talk and no meaningful action, they will see right through it and it will become another casualty of office cynicism.

Doing it right takes time, money and buy-in not just from the HR department, but also from the board, the C-suite and every line manager in an organisation.

1 Lockdown exit: How can Irish economy reopen without big health risks?
2 Finance ministers gather as fears grow even the future of the euro zone is at risk
3 Property market has not felt full impact of Covid-19, warns Sherry FitzGerald
4 I want to change my will quickly in case I fall ill. Do I need a lawyer?
5 Coronavirus: How Covid-19 may reshape the Irish retail landscape
6 Workers may face tax bill on emergency State wage subsidy
7 Q&A: Where do we stand on mortgage holidays and payment breaks?
8 Coronavirus: Property rental in the jaws of the epidemic
9 Government announces €1bn in supports for businesses
10 Facing economic meltdown ... and nothing wrong with our economy
Real news has value SUBSCRIBE