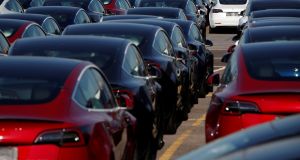 Tesla will buy cobalt from from Glencore, the world’s biggest miner of the metal, as the carmaker looks to avoid a future supply squeeze on the key battery metal, according to a source. The contract will help Tesla shore up its cobalt supply for new plants in China and Germany.

The opening of Tesla’s so-called gigafactory in China this year has helped propel its shares to a record as investors turn bullish on Elon Musk’s ambition to transform the company into a global mass-market automaker.

While there is enough cobalt supply for now demand is expected to surge in the coming years as Tesla expands in China and Europe, and Volkswagen Group to BMW roll out fleets of electric vehicles.

Warnings about long-term shortages caused cobalt prices to spike in 2017 and 2018, prompting Musk to work on reducing Tesla’s reliance on the metal. Even so, the accord signals that the metal will remain key to the company’s expansion over the next few years.

The deal could involve Glencore supplying as much as 6,000 tons of the metal a year for lithium-ion batteries used in electric cars.

1 Belgium helps Ireland to a Brexit boon
2 Can Grafton Street stop the flood of closures?
3 ‘My rent here is so low it’s a joke’
4 This charming man: how Paschal Donohoe won the Eurogroup presidency
5 AIB to compensate another 1,100 tracker mortgage holders
6 New Powerscourt Springs hotel to open in defiance of virus gloom
7 ‘Sad day’ for House of Ireland as tourism retailer goes out of business
8 How to . . . move (almost) everything to your new phone
9 Bank of Ireland launches €200,000 prize fund
10 Why gift a son now if it eats into his tax-free inheritance threshold?
Real news has value SUBSCRIBE