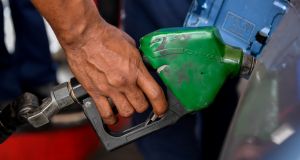 The Irish Car Carbon Reduction Alliance (ICCRA) has carried out a survey of 1,000 car buyers, and says that 82 per cent don’t think that the Government’s plans for a combustion engine ban is achievable.

A group which represents Irish car dealers has said that confusion over Government plans to a petrol and diesel car sale ban in 2030 is holding back any hopes of recovery in the car market.

The Irish Car Carbon Reduction Alliance (ICCRA) has carried out a survey of 1,000 car buyers, and says that 82 per cent don’t think that the Government’s plans for a combustion engine ban is achievable.

More than half of respondents (53 per cent) say that they are confused about what vehicles are available now, and their environmental impact, while 62 per cent said that they would be happy to buy a combustion-engined car if it could be shown to be more environmentally-friendly. Worryingly for those in the car sales business, 42 per cent said that plans for the 2030 ban would deter them from buying a new combustion-engined car in the next five years.

Equally worrying, from an emissions perspective, is that 56 per cent of people said they are not willing to pay a premium to go electric, while others highlighted that the lack of appropriate charging infrastructure (70 per cent) and lack of sufficient time (57 per cent) as key consumer barrier to going electric.

“These findings clearly show the widespread confusion among consumers, a factor which is only adding to uncertainty at a critical time as the economy begins to reopen,” Denis Murphy, a spokesperson for ICCRA, told The Irish Times. “Consumers have to be reassured and have access to information to make informed choices when seeking to purchase more fuel-efficient and less carbon-emitting cars, however, current government policy and the Climate Action Plan is creating a fog of confusion and red lights. This is despite the fact that current technological innovations could bring petrol and diesel engine cars close to zero emissions by 2030.”

Murphy went on to claim that simply selling the current range of available cars would reduce emissions without the need for a ban of any description.

“In the absence of a vaccine for the coronavirus, as we move through the phase of reopening Irish society we can expect a significant increase in traffic as commuters reconsider public transport for multiple reasons. Simply banning cars is not feasible, and so the best way to reduce emissions in the transport sector is to incentivise the replacement of old emissions-intensive cars with newer and more fuel-efficient models. By 2021 the average new car on Irish roads will emit 28 per cent fewer car emissions than the current fleet” said Murphy.

The ICCRA is now launching its own campaign, dubbed E-Way 2040, which looks to educate car buyers with a website to ‘navigate the jargon’ and start ‘their personal journey to zero car carbon emissions.’

European environmental think-tank Transport & Environment (T&E) hit back at the ICCRA, though, saying that now is exactly the time to be doubling-down on electric car sales, not least because it has been shown that air pollution can significantly worsen the effects of respiratory infections, such as Covid-19.

Julia Poliscanova, clean vehicles and e-mobility director at T&E, told The Irish Times: “New internal combustion engines might have lower air pollutant emissions, but they will never be zero or even ultra-low in terms of CO2 emissions due to the laws of combustion. They will never be compatible with climate neutrality goals. On top of that, the lab CO2 emissions have no relation to the real world CO2 which is what matters to the climate. Despite lab results showing significant drops in CO2 emissions, the real-world CO2 of cars on the road barely changed in the last decade. The actual, measured change is less than ten per cent. This means that replacing an old model with a new one does little for the climate, since new models still often emit 140g or above CO2 per km, such as big-selling SUVs by Nisaan, VW and PSA.”

On top of that, T&E is quoting research saying that air pollution greatly magnifies the effect of respiratory diseases, and that issue has become much more critical in a world brought to its economic and social knees by Covid-19. Ms. Poliscanova told The Irish Times: “The crisis struck at the health of our citizens and at our economies. But the recovery offers the chance to build the clean mobility of tomorrow, not go back to polluting combustion engines again, by supporting the sales and production of EVs, batteries and charging infrastructure.”

On the ICCRA’s point that electric cars remain stubbornly expensive, T&E also has an answer: “The reason why they remained costly is because of small volumes/lack of investment. But the upcoming wide range of mass market EV models means their cost will decrease and - together with dropping battery prices - that means that some battery cars will be cost competitive with conventional models as early as 2022-2025. Our latest analysis shows there are now almost 50 battery electric models on the European market, offering a wide range of costs, size and distance driven” said Ms Poliscanova.

“Despite everything, electric vehicle sales gained huge momentum in the first quarter of the year as carmakers strove to meet the EU’s CO2 standards by increasing their offering. Trying to direct consumers back to purchasing diesel and petrol cars is like trying to hold back the tide just to keep outdated carbon-intensive engines that pollute the air we breath.”