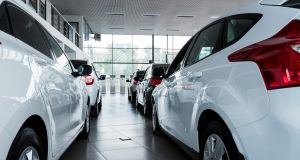 The Charles Hurst Group, a Belfast-based car dealer group which represents brands including Kia and Ferrari, looks set to cut 200 jobs in the wake of the Covid-19 lockdown. Hurst is owned by the UK-based Lookers, which confirmed on Thursday that it wants to trim its workforce by some 1,500 jobs, or 20 per cent of the total.

Charles Hurst Group has not yet commented on how the redundancies will affect its operations in the Republic. The group owns a large Audi dealership in Dublin, as well as a used car supermarket – Used Direct Ireland – and a service centre which also operates as a point of contact for owners of the four luxury brands which Hurst represents on the island – Ferrari, Maserati, Bentley, and Aston Martin.

The impact of Covid-19 came as Lookers was already suffering from a decline in sales. Up to the end of February, the company had recorded a 4.8 per cent fall in sales of new cars, and a 2.8 per cent fall in the sales of used cars. While at that time recruitment was frozen, rather than any redundancies proposed, the group did say that it was looking to close, 15 of its retail sites, of which seven sales had been completed before the lockdown kicked in.

Now, with the recovery in new cars sales relatively lacklustre across the UK, Lookers has confirmed that it will seek those redundancies, and has added an additional 12 retail sites which will either be closed, combined with other sites, or re-franchised. The cut in payroll is expected to give Lookers an estimated £50 million (€56 million) annual saving for a cost of £9 million in redundancy payments and other expenses.

The company is expected to hold a remote agm at the end of this month, when more details will be forthcoming. Lookers is also trying to wrap up a fraud investigation into its operations, where some bonuses and expenses were incorrectly paid out.

Some 7,000 of Lookers’ total staff have been furloughed during the crisis, and its senior managers have taken a 30 per cent pay cut.