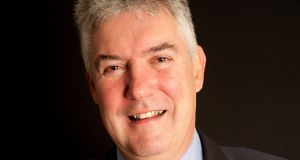 Prof Frank Kelly: “Ideally I would like to see any vehicles in our large city centres be either eletric or hydrogen.”

“It was around 2010 onwards that we noticed that pollution with respect to nitrogen dioxide (NO2) was getting worse on some of the major roads. We had scientific models that showed NO2 should have been decreasing rapidly, but of course those models were being fed by information provided by the motor industry.”

Professor Frank Kelly, born in Northern Ireland and whose academic career began at Queen’s University, Belfast, is a man who can speak more knowledgeably than most about emissions.

He’s currently the Humphrey Battcock Chair of Environment and Health at Imperial College London, and was head of the London Air Quality Network, a group that monitored the very air of London, and helped advise both city and government officials when it came to protecting and improving the quality of that air.

The scandal that erupted over diesel emissions in 2015 (‘Dieselgate’ as it came to be known) could have been stopped in its tracks years before, if only UK government departments had been talking to each other.

“It was very clear very quickly that the diesel vehicles that were passing by our monitoring stations, including the buses and the taxis, but also the private diesel vehicles, were emitting many, many more times the nitrogen dioxide concentration than the car manufacturers had claimed they would do,” Professor Kelly told The Irish Times.

“So that that report was given to the UK department of environment. That would have been in 2013, but there wasn’t much reaction to it at the time.”

According to Professor Kelly, the focus at the time was on carbon emissions, a metric in which diesel engines perform well, and so other vehicle emissions were being ignored.

“There was a thought that climate change was the real problem that we needed to deal with. Therefore, anything which could be done to reduce carbon emissions, would be done, so then laws were brought in that favour that, especially within our tax system, diesel-engined vehicles.

The public health aspect of the emissions scandal has been highlighted by the Covid-19 pandemic. It was already known that emissions of nitrogen oxide and soot particles were triggers for respiratory illness, with as many as 10,000 deaths annually across Europe ascribed to the issue.

Researchers are now saying that the effects of Covid-19 have been exacerbated by nitrogen dioxide emissions, which weaken our respiratory systems and leave them more open to attacks morning. Some scientists have suggested that there may be evidence to show that the worst-hit areas in the world are also those areas with the worst pollution.

Following the breaking of the diesel scandal, at the time of the Frankfurt motor show in 2015, all eyes turned to battery electric power and how that could be used to lower both carbon emissions (vital for ameliorating the effects of climate change) and emissions of nitrogen dioxide and particulate emissions (which are deleterious to human health). The problem, says Professor Kelly, is that the rush for electric power ignores other sources of emissions.

“I’m saying that electrification of the transport system is not the solution. Work we have done in London shows that even if every vehicle was replaced with an electric vehicle of the same type, then we would still have a particulate emissions problem in London, we would still exceed the healthiest guidelines. Those particulates are now mostly coming from brakes and tyres.”

Particulates are the third strand of pollution from vehicles. While much focus has, of late, been on carbon emissions (carbon dioxide, or CO2, emitted from the burning of fuels) and nitrogen oxide emissions, particulates are especially nasty.

The word mostly refers to the tiny grains of soot that come from internal combustion engines, and which if inhaled can damage lungs and even potentially cause cancers. It has also been theorised that viruses, including Covid-19, can ‘stick’ to such particles and be carried much further than would be otherwise possible. While technology such as exhaust filters has largely eliminated particulate emissions from newer engines, tyres and brakes are the new pollution frontier.

“Brakes tires and road-wear are now the mean emission source from a modern vehicle. Up to maybe 70 per cent of the particles come from those sources, not the exhaust. So, what we need is – yes, we do need electrification of the fleet, especially the public transport fleet – but we need also fewer vehicles on the road in my view,” said Professor Kelly.

The focus on emissions from private cars is also not a good enough solution, says Professor Kelly. A vehicle’s weight is a huge factor in determining its emissions, and so merely shifting people onto diesel-engined buses will not help.

“We’ve had ten hydrogen buses running around, single decker ones, in London for the last, I think it’s seven years. And they’re extremely good. But they’re extremely expensive at the moment,” he added. He believes that if we invest more in the greening and de-carbonisation of public transport, that it will have a bigger effect than on changing over private cars to electric power.

“ If we can provide clean, efficient public transport, then I think we can be in a much better position to restrict private vehicle use from our from our city centres. And the environment that we want there is one where there’s much, much fewer vehicles, less noise, and more blue skies.

“Ideally, I would like to see any vehicles in our large city centres to be either electric or hydrogen. I’d like to see more investment into modern tram systems too, because I think they can be very efficient for moving people around. And clearly, eventually, just no access to private vehicles unless they’re taxis for the disabled or whatever, and just everybody walking or cycling or being on an electric scooter, whatever form of electric transport an individual can use in the future.”

There are other issues to address, including the shedding of microplastics from tyres, which are then washed away off the road and into drains, polluting the water supply. Tyre manufacturers are working on projects to reduce both particulate and plastic emissions from tyres, but it’s a long and expensive road of development.

Other suggest that there is a potential future in artificially-made fuels. The Institute of Mechanical Engineers recently issued a report which suggested that synthetic ‘low-carbon’ fuels, and bio-fuels, could make a significant difference to emissions. Professor Kelly doesn’t think so, though.

We need fewer vehicles on the road

“No, I don’t agree with that path. We need fewer vehicles on the road is my view. So putting that into current context , many cities around the globe are talking about temporary bike lanes, expanding pavement use and losing some roads to traffic all together. I think this is the opportunity for city authorities and governments to bring in a combination of those interventions, I guess, along with cleaning up public transport and the private transport fleet, but ensuring that’s combined with the other end where we don’t need to travel as much, and therefore, we just have fewer transport emissions altogether.

“We’re going to need clear leadership. I think there will be support from the ground level up because I think people have appreciated that there are advantages of not having to travel so much. So I think if city administrations can take advantage of the experiences that we’re going through right now, then there may well be long-term benefits to that.

“But I think it’s going to require careful input from central governments, from the city administrations and right down to the individual making personal choices. They don’t have to go into work physically, you know, five days a week in future that they can actually work effectively from home on a couple of days.”