Tesla drivers reportedly locked out of cars after app goes down

Owners left stranded after app, which some use as keys, is taken down 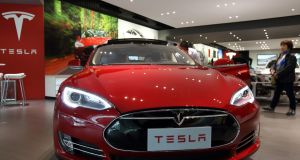 Technology is wonderful until it fails you. Just ask Tesla drivers who were reportedly locked out of their vehicles for several hours yesterday after the app, which many use as a key, was taken down for maintenance.

Stranded drivers took to Twitter complaining about the app and tagging the company with questions about when it would be restored. One woman in the US said she was forced to abandon her vehicle and a get an Uber home.

Tesla owners are also issued a card which can be used as a key, but several indicated they rely on the app to get into and operate their vehicle, and do not keep the card on them.

Some owners complained of waiting on hold for an hour for Tesla tech support on what was the Labor Day bank holiday in the United States. Others who signed out of the app and then back in again, were told there were no cars associated with the account.

@Tesla what’s the status of the network? I’m stuck at a supercharger, plugged in. Trying to get home with a dead key fob, was using the app to run the car. Now the system’s down for 3 hours. Help!

@Tesla the app has been down for hours. Will somebody fix it?

The @Tesla app is down! Server broke? Hacked? People's cell phone apps are claiming that they no longer have a car associated with the account, or cannot log in... https://t.co/aUbgUy4cuR

The outage began at about 4.30pm US eastern time and lasted for about four hours, according to one report.

Tesla later sought to play down the incident, saying there was no impact to phone-as-key functionality as long as users remained logged into their accounts and that reports of an app outage were inaccurate.

“We provide owners with a few options to locking/unlocking and starting their vehicles, including a physical key fob or key card (which we have long encouraged owners to carry in case their phone dies), as well as the ability to use the Tesla mobile app, and Model 3 owners can use their phones as key,” a spokeswoman said.

However, she said: “Because Model 3’s phone-as-key function uses Bluetooth Low Energy (BTLE) to communicate with the vehicle, full app functionality is not required in order to lock/unlock and start your car via your phone-as-key. The phone-as-key via BTLE functions separately from our in-app lock/unlock features, which require a cell signal and are not a primary means of entrance/exit and vehicle usage.”

1 Housing crisis: Bogus notion that supply will cure our woes
2 Suspicions rife as key Brexit trade talks begin in Brussels
3 Corona beer firm reeling after 8% slide due to coronavirus
4 ‘The only time apartments were viable was in . . . Ballsbridge, Killiney and Dalkey’
5 Pharma giant AbbVie warned Government against ‘unfair’ €572m tax bill
6 Life as a Facebook moderator: ‘People are awful. This is what my job has taught me’
7 Coronavirus rocks financial world as hopes for containment fade
8 Flight attendant seeks High Court injunction against Aer Lingus
9 Bank leaked my loan request to family who tried to rip me off
10 How well paid do you think you are? Here’s how to work it out
Real news has value SUBSCRIBE