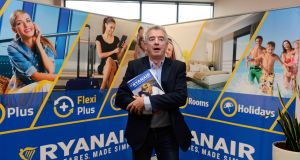 Ryanair has reached a framework agreement with German pilot union VC on wages and benefits.

The four-year deal includes pay, pension, pilot allowances, seniority and annual leave. Detailed documents are set to be concluded by the end of February.

These agreements deliver will apply German labour law for all Ryanair’s German-based pilots.

The airline signed a deal with German trade union Verdi last month, covering its German cabin crew, which confirms the application of German labour law to the airline’s cabin crew and delivers pay increases and other benefits for all Ryanair’s German-based cabin crew over the next two years.

Separately the company said traffic grew 11 per cent to 10.4 million last month. That was split between Ryanair, which grew 8 per cent to 10.1 million, and Laudamotion at 300,000 customers.