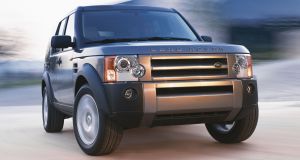 Britain’s biggest carmaker, Jaguar Land Rover, sold a record 583,312 cars last year as the Indian-owned firm continues its rapid expansion with the aim of building 1 million vehicles a year at the turn of the decade.

Sales were up 20 per cent from the previous year, although sales growth slowed to 12 per cent year-on-year in December, the carmaker said.

The automaker, which spent years in the doldrums before being bought by India’s Tata in 2008, has since invested heavily in new models and expanded production with plants in China and Brazil and construction of a new site in Slovakia under way.

Sales of luxury Jaguar models rose 77 per cent to 148,730 units in 2016 due to strong demand for a range of new high-end products including the F-PACE, the brand’s first off-roader which was launched last year.

Europe was the carmaker’s biggest overall market, accounting for almost a quarter of total demand.

The firm said its line-up would continue to expand but it has warned about the negative impact any tariffs on its business imposed as part of a Brexit deal could have if Britain were to lose unfettered access to the single market.

Its annual profit could be cut by £1 billion by 2020 if Britain returned to World Trade Organisation rules for trade with the continent, two sources told Reuters last year.