Shannon-based GE subsidiary owns €42bn worth of aircraft, which it leases worldwide 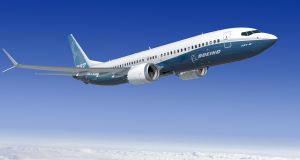 Gecas, the global aircraft financier based in the Republic, is seeking a partner to invest alongside it future deals, according to president and chief executive Alec Burger.

Gecas – General Electric Capital Aviation Services – owns 1,500 aircraft, worth a total of $42 billion, which it leases to more than 250 airlines around the world, an activity funded by GE Treasury, another division of its parent, US giant General Electric.

In an interview with The Irish Times, Mr Burger said that while GE does not want to extend its aircraft leasing balance sheet much further, it believes the industry is continuing to grow and is seeking a partner to aid it in cashing in on that expansion.

“We want to be part of the growth, and there is no reason why GE has to have 100 per cent of every deal invested,” he said. “Why not have something less than that and attract somebody to invest some of their money alongside us?”

Mr Burger said he had talked to potential partners in recent weeks and was “pretty pleased” with the response so far. He envisaged that Gecas and any partner it recruits will invest together in a structured vehicle.

Gecas employs 250 people between Shannon and Dublin. Its Co Clare base is home to the company’s deal underwriting, credit, legal and finance operations. Its helicopter leasing arm, Milestone, is based in Dublin. It has a worldwide workforce of 600.

Gecas has just announced that it has ordered 75 Boeing 737 Max 8 aircraft, worth $8.25 billion at list prices, from the US aircraft manufacturer. Mr Burger said that the new tranche of single-aisle planes will allow the lessor to service its clients’ needs.

The order prompted Boeing’s vice-president of North America sales and leasing, Brad McMullen, to say that the Max 8 remains at “the heart of the single-aisle market”.