Could CarTrawler be setting itself up for a flotation? 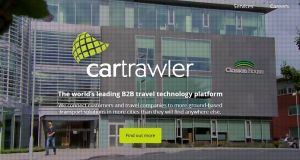 Could CarTrawler, the Dublin-based company that makes software used by airlines and travel agents to connect to car hire firms, be setting itself up for a stock market flotation?

The company, founded by bothers Greg and Niall Turley in 2004, having grown out of a family business, Argus Car Hire, was reported last May to be set to change hands for a third time.

The Turley brothers made about €80 million in 2011 when they sold a controlling 75 per cent stake in the business to UK mid-market private equity firm ECI Partners. They made more than €110 million three years later when they sold their final stake under a deal that saw ECI sell out to BC Partners of London and Insight Venture Partners of New York.

A valuation of £600 million (€678 million) was reportedly in the offing when CarTrawler was said to be set to attract another posse of private equity firms, including KKR and Advent International, who had previously looked at the business. The process appears to have gone nowhere since then.

However, the naming on Wednesday of Cormac Barry, fresh from handing in his notice as head of Paddy Power Betfair’s Sportsbet operation in Australia, as CarTrawler’s new chief executive may indicate that another plan is afoot.

It is unlikely that Barry, successor to Mike McGearty, who in October announced his intention to step down after 12 years in the role, would have signed up for the job if the company was in the midst of anything as disruptive as another sale – with all the job insecurity that entails for the boss of any company.

Could Barry have been pitched the idea of taking the group public? A spokesman for the company declined to comment, but it looks entirely plausible. Access to the equity markets would give CarTrawler the firepower to move the business up another gear.

Barry would have the advantage in being around some fellow Paddy Power alumni in shaping a narrative for stock market investors, with David Cotter, who moved to the CarTrawler last year, having just been promoted to the position of the travel technology company’s chief financial officer.

CarTrawler’s chairman is none other than former Paddy Power chief executive and Bank of Ireland’s current deputy governor, Patrick Kennedy.