Coronavirus: How your Airbnb host is feeling the pain 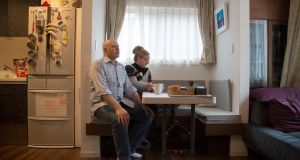 Livia De Felice, who owns two holiday rental properties and manages four others across Italy, has seen all of her bookings for March cancelled, leaving her “extremely worried,” she said. Austin Mao, who hosts 2,000 guests a month in his Las Vegas network of mansions, has slashed prices on the properties by 10 per cent and plans to keep cutting as visitors dwindle. And Tracey Northcott and her husband, who manage 12 holiday apartments in Tokyo, said the occupancy rate has gone from 80 per cent to zero since January.

“I’ve got to keep paying my mortgage somehow,” said Northcott, who employs a staff of three full-time and five part-time cleaners and administrators and has started dipping into her retirement savings to pay the bills.

De Felice, Mao and Northcott are part of a network of people behind seven million rental listings on Airbnb, the home-sharing and rental site, who are now feeling the brunt of the coronavirus fallout. With travel screeching to a halt in many places to limit the outbreak’s spread, the problems facing Airbnb and other online travel sites, such as Booking. com, have rapidly escalated.

The toll that the virus is taking on the $688 billion (€608 billion) online travel industry is shared by airlines and big hotel chains. But unlike the Marriotts and Hiltons or the larger air carriers, many online travel sites are underpinned by listings from individual homeowners and smaller hotel operators, who typically have fewer resources to withstand a prolonged slump.

The pain is already widespread. Booking.com, which has 6.3 million listings for “alternative accommodations,” including apartments and holiday homes, and also sells hotel stays and plane tickets, pulled its financial forecast on Monday. The company said worsening conditions made it impossible to “reliably quantify” the impact of the virus on its business.

“The world has changed and we have to adjust,” Glenn Fogel, Booking.com’s chief executive, said in a recent interview, adding that his company has also pulled back on advertising. Expedia Group, which owns VRBO, Hotels. com and more than a dozen other travel sites, has said it expected a $30 million to $40 million hit to operating profit in the first quarter. The company recently laid off 12 per cent of its workforce, or more than 3,000 employees, which it said was part of a previously planned restructuring.

“It truly is an unknown,” Barry Diller, Expedia’s chairman, said of the coronavirus on an investor call last month. “All we’re trying to do is separate what we absolutely believe is the effect of the virus from our ongoing business, so we can prepare ourselves and make that ongoing business as strong as possible when this thing is over.”

One of the hardest hit may be Airbnb, where millions of hosts have listed their properties for short stays since the company was founded in 2008. (Airbnb takes a cut of their fee.) Over the years, Airbnb hosts have become increasingly sophisticated, with mini-economies springing up to cater to the hosts’ needs for cleaning and management of the properties. Competitors such as Booking.com followed by moving into rentals of holiday homes.

Now Airbnb finds itself on strategically tricky ground. The San Francisco company, valued at $31 billion by private investors, said last September that it planned to go public this year – even though the initial public offering market for high-profile, money-losing startups has been rocky. Airbnb has indicated that it planned to go public via an unusual method known as a direct listing, where no new shares are sold. And it is under pressure to complete a listing this year because some of its current and former employees’ shares in the company will otherwise expire.

The offering may now be in question. Nick Papas, an Airbnb spokesman, would only refer to the company’s previous announcement that it planned to go public this year. But stock market volatility and a dramatic blow to business from the virus may make it unthinkable for any company to go public soon.

Last week, Brian Chesky, Airbnb’s chief executive, sent an email to employees outlining the company’s response to the virus. In the message, which was reviewed by The New York Times, Chesky said Airbnb would grant some refunds to customers and establish a $10 million fund to support Chinese rental operators while tourism to the country, where the outbreak started, has halted.

“Airbnb was born during a global crisis,” Chesky wrote, referring to the 2008 financial crisis and without mentioning the company’s IPO plans. “It didn’t stop us then, and it won’t stop us now.” Airbnb faces other coronavirus fallout, including a sponsorship of the Tokyo Olympics this summer that may be in peril if the event is cancelled. The International Olympic Committee has said that it was fully committed to holding the games, and would follow the advice of the World Health Organisation.

Most of all, Airbnb is dealing with a potential decline in revenue because travellers are cancelling stays with their hosts. Jasper Ribbers, who runs a company called Get Paid For Your Pad in Sofia, Bulgaria, that provides coaching for Airbnb hosts, has advised those in regions affected by the virus to reduce nightly prices, cut costs and seek alternative uses for their spaces, like finding long-term renters.

“Some hosts are doing events or letting local artists use the apartments for photo shoots,” he said. Mao, the Airbnb host in Las Vegas, began cutting prices on his properties last month and said he would continue doing so as bookings slow. Each of his homes had been bringing around $10,000 a month, with fixed costs of just $3,500. While he said he saw only a slight dip in bookings in early March, he expects that to deepen as fear of the coronavirus intensifies.

Mao said he also has stopped work at a construction business he runs, where he employs 10 people who renovate homes for renting. “I believe this is a harbinger of the next great recession, so I think it’s risky to expand,” he said.

In Tokyo, Northcott, who has been an Airbnb host for eight years, said she had been trying to find other work for her cleaners, who are paid by the job. Her business, Tokyo Family Stays, lost around $2,000 worth of bookings in January, $10,000 in February, $25,000 so far in March and $40,000 in April, which is normally the biggest month of the year.

If the virus outbreak continues, she and her husband may try to find corporate jobs, she said. “It seems that it is always the small businesses who are left to figure things out for themselves,” she said.

Papas declined to disclose details on the costs of Airbnb’s virus-related cancellations. The company has let people travelling to and from China, South Korea and parts of Italy cancel their bookings with full refunds. It said it was individually evaluating other situations, including people whose flights were cancelled or who were restricted from travelling.

On Tuesday, Airbnb announced a program that called More Flexible Reservations that will allow hosts to more easily offer refunds to guests. Trips booked between now through June 1st that do not fall under the company’s extenuating-circumstances policy will also be refundable with travel coupons for a future journey.

In his memo to employees, Chesky tried to stay optimistic. “Travel always bounces back,” he wrote. “It is one of the most resilient industries in the world.” – New York Times service