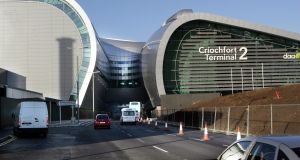 Minister for Transport, Tourism and Sport Shane Ross on Tuesday named Mr Geoghegan as successor to Pádraig Ó Riordáin as chairman of DAA, which owns Dublin and Cork airports.

Mr Geoghegan will take up the three-year post after appearing before the Oireachtas Committee on Transport, Tourism and Sport, Mr Ross said.

He will also have to step down as a non-executive director of safety and air navigation supervisor at the Irish Aviation Authority, ahead of taking the new post.

Mr Geoghegan is a founder and partner of publicly-listed investment bank, PJT, a spin off from US private equity fund Blackstone. He has advised airlines such as Aer Lingus and Ryanair, aerospace engine manufacturer Rolls Royce and combat aircraft and defence systems maker, BAE Systems.

He has also advised on deals such as aircraft lessor Avolon’s flotation on the New York Stock Exchange and State company Bord Gáis Energy’s sale to British group, Centrica.

At the height of the financial crisis, he advised the UK government on its options for Northern Bank, one of the first victims when the global credit bubble burst in late 2007.

He has been involved in a number of the Republic’s highest profile transactions. They included the Tony O’Reilly-led Valentia Consortium’s takeover of Eircom and the €1 billion battle to delist Jury’s Doyle hotel group from the Irish Stock Exchange and move it into private ownership.

The move was intended to split Blackstone’s advisory arm from the private equity fund so that it could take on clients otherwise off limits for conflict of interest reasons.

Blackstone shareholders owned 65 per cent of PJT before its flotation in 2015 while the firm’s partners held the remaining 35 per cent.

In the past he has worked for Deutsche Bank and Goldman Sachs.

Mr Geoghegan is a qualified solicitor and began his career at London law firm, Slaughter and May. He studied law at Trinity College Dublin and the European University Institute in Florence, Italy.

In his spare time he is a keen mountaineer and climbed Mount Everest several years ago, earning £111,000 for the Forgotten Irish appeal, which raised funds for Irish emigrants to Britain who face economic and social hardship.