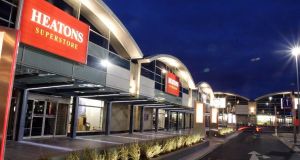 Heatons has 54 shops across the island of Ireland

Sports Direct International, majority owned by British businessman and Newcastle United proprietor Mike Ashley, completed a takeover of the Irish company two years ago. It is understood the new owner plans to rename the Irish outlets shortly, some as Sports Direct, others with an as yet unknown brand, and plans to invest in the chain.

Sources say there is growing disquiet amongst Heatons’ staff at the move following reports from Britain about Sports Direct’s treatment of its workers.

However, Gerry Light, assistant general secretary of the union Mandate, said on Tuesday that it had yet to hear of any consequences for workers’ terms and conditions.

Mr Light added that the union viewed the reinvestment in Heatons’ stores as a good for their future. He also said that the union had met local management several times recently to discuss developments.

Sports Direct has run foul of British employment law several times in recent years. In January, brothers Erwin and Krystian Markowski were jailed for trafficking men to work in the group’s warehouse in Derbyshire in the English midlands.

An investigation by the Guardian newspaper in 2016 found that Sports Direct paid some workers less than the UK national minimum wage. British politicians subsequently condemned the company’s work practices as “Victorian”, and called for Mr Ashley to be held accountable for its treatment of staff.

In late 2015 Sports Direct agreed to buy the remaining 50 per cent of Heatons that it did not own for €48 million from companies owned by other shareholders, including members of the Heaton family.

However, a legal dispute involving Sports Direct, Kapito, an Irish company that owned most of the outstanding 50 per cent of the chain, and its shareholders Mark Heaton and Hugh Heaton threatened to derail the deal. The sides settled the dispute in March 2016, and Sports Direct went ahead with its purchase of the remaining Heatons shares.

Heatons has 54 shops across the island of Ireland. A number of these have a SportsWorld section that sells sports and leisure wear.

The year before Sports Direct’s takeover accounts filed by Heatons’ holding company Warrnambool showed it had sales of €219.3 million, assets of €158 million and earned a pre-tax profit of €10 million.

Sports Direct made several attempts to enter the Irish market, including a bid to buy Elvery’s sports shops.