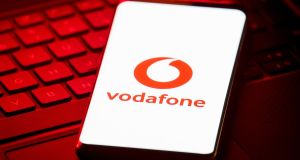 The business will own the continent’s largest tower portfolio of 61,700 masts in 10 countries, Vodafone said.

Vodafone Group plans to carve out its phone towers into a separate unit and consider an initial public offering, as it seeks to sell substantial stakes in the business to lower its debt.

It’s the boldest move yet by a European carrier to take advantage of private equity demand for telecom infrastructure.

The business will own the continent’s largest tower portfolio of 61,700 masts in 10 countries, Vodafone said in a statement on Friday.

The separation, which will take effect by May 2020, follows a review started last year by Vodafone chief executive officer Nick Read to consider ways to monetize the company’s infrastructure to help the cash-constrained carrier fund the rollout of fifth-generation mobile services. Vodafone said it’s received several offers for various parts of the tower portfolio.

Since then, Read has been pursuing tower-sharing with rivals and overhauling existing deals, including with Telefonica’s O2 in the UK and Telecom Italia SpA. (INWIT).

Organic service revenue fell 0.2 per cent, compared with the average analyst estimate for a decline of 0.6 per cent, according to a company-compiled consensus. – Bloomberg

1 Admission of mistake in Oxford vaccine dose raises doubts over reliability
2 Move to EU or face disruption, City of London is warned
3 Cliff Taylor: Deal or no deal we are now heading for a hard Brexit
4 Irish Life fund pays €49m for 94 Dalkey apartments
5 Foxconn to shift some Apple production to Vietnam to minimise China risk
Real news has value SUBSCRIBE