Tech tools: The camera aimed at professionals and serious amateurs 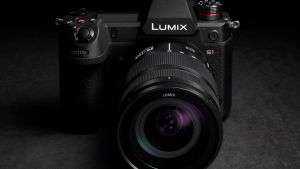 I own a digital SLR camera. A couple in fact. But they are woefully underused these days because I almost always default to my smartphone when it comes to taking photographs. But there are times when you want the power and lens quality of a dedicated camera, and the flexibility that being able to shoot in different formats brings.

The good thing about the S1 is that it gives you that quality, and it also gives you the flexibility of doubling up as a video camera too.

It’s a full-frame mirrorless camera, targeting professionals and the higher end of the amateur scale.

First up: the numbers. It comes with a 24.2 megapixel sensor, and can shoot 4k UHD video at 60 frames per second. If you want high quality, you’ve come to the right place.

There are plenty of options here. You can shoot in full auto mode and trust the camera, or you can opt for manual controls and tweak everything to your satisfaction. You have shutter priority, aperture priority and an intelligent auto mode that will sense your image’s setting and adjust everything to suit.

It was hard to take a technically bad picture with the camera. The subject matter may not have been the most inspiring at times (do you really want to see the confines of the Irish Times office?) but bringing it into low-light situations showed the strength of the camera.

There are also three custom slots so you can have your own settings on an easy-to-access ring.

The Panasonic Lumix S1 is not a subtle camera. Not by a long shot. It’s more paparazzi than spy camera, but that’s the way it’s supposed to be. You won’t be shoving this camera in your pocket unless your pockets are of the seriously deep variety.

It’s a bit weighty too, if you are carrying it around all day. It’s by no means the heaviest camera I’ve handled, but shooting one-handed is something I rarely did during this test.

That’s where I was slightly confused. Mirrorless cameras are generally smaller and lighter than their more traditional brethren, but the Lumix S1 seems unashamed to go large.

There are a few convenient things about it. Aside from it doubling up as a decent video camera, it can charge off USB C when you wind the slightly unimpressive battery down. That means most people will have a spare lead or two in an emergency. I have lost track of the number of times I have misplaced a battery charger.

The S1 has an articulating touch sensitive LCD screen that will pull away from the body but won’t angle left or right. That means that you might get a better angle in some situations, but in others you will just have to get creative with your positioning.

It comes back to the fact that it is a serious camera. Try holding it up one-handed for too long and you’ll feel it in your wrist, or at least I did.

The ability to shoot remotely, either wirelessly or over USB, eliminates some of those issues though. The S1 is compatible with Tether software, so you can shoot remotely over USB through your PC, or transfer the photos directly to a computer once they are shot.

For iOS and Android users, there is Lumix Sync, which does pretty much the same thing but wirelessly. There is Bluetooth 4.2 and Wifi built into the camera so you can share shots only seconds after they are taken.

You can use the app for lining up particularly tricky shots (ie ones that require you to grow a couple of feet).

The image quality is stunning. Even in low-light situations, the S1 manages to pull a set of great images out of the bag. It’s low on noise too, which means for all-round great still images and video.

It’s not cheap, but you are paying for quality. It’s also a little on the heavy side.

There is a high-resolution mode for extra definition. That bumps it up to 96 million pixels and has the option to suppress blur, for example.

Not for the hobbyist, but the Lumix S1 delivers some seriously good images. For a price.

1 Brexit: System agreed for Irish goods to skip checks on UK trade
2 High Court appoints interim examiner to Compu b parent company
3 Ireland faces 'deep downturn' this year and may not rebound until 2024 if there is a second wave
4 Could your old car be giving away all your secrets to its new owner?
5 How much do Irish people earn? And what will Covid-19 do to our wages?
Real news has value SUBSCRIBE