Irishman in the money after Merit Group sells for €25m 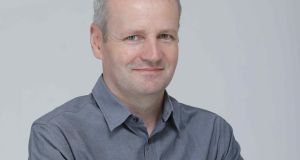 Merit Group founder Con Conlon. The UCD graduate first came to prominence when Dyna Software, a company he founded in Dublin in 1994, was acquired by Tas Software four years later

Irishman Con Conlon has sold the technology company he founded in India 15 years ago to the London-listed Dods Group for £22.4 million (€25 million).

The deal means a big payout to the tech veteran and a number of early stage investors in Ireland and Britain who backed him when he established Merit Group in 2004.

Headquartered in Chennai, India, and with facilities in London and Sri Lanka, Merit is a company that provides industry research, big data and technology services to clients in multiple industries. It employs about 1,000 people and last year reported revenues of £9.2 million and a pretax profit of £1.2 million.

The company has been acquired by London-headquartered political communications specialist Dods. Founded in 1832, the AIM-listed company provides monitoring, research and training services, as well as holding events and publishing titles that include The Parliament Magazine, Holyrood, Public Affairs News and Civil Service World. It reported revenues of £20.6 million last year.

Speaking to The Irish Times, Mr Conlon said that a small number of investors had initially backed Merit in a €900,000 fundraise, many of whom were from Ireland. He estimated that early backers have made “between 10 and 15 times” the amount they had originally invested in the company.

“Entrepreneurs, particularly in the early days when things can and do go wrong, can have pretty adversarial investors but in my case I got lucky by having some that were always very positive and encouraging. So I’m glad they have done well from this,” he said.

Mr Conlon was the largest shareholder in the company prior to the acquisition. He declined to say exactly how much he has earned from the deal but said he’d made a “substantial return”. The payout, which includes a mix of shares and cash, is dependent on a three-year earn-out by the founder.

“It is definitely a good outcome for me personally. I’ve just turned 48 so I’ve plenty of motivation to stay with the enlarged group. I’ve been offered a CTO [chief technology officer] role and will continue to look after the Indian operation, so I’m pretty excited as to what happens next,” he added.

The UCD graduate, who comes from Ballinamore in Co Leitrim, but who now lives in Chennai, first came to prominence when Dyna Software, a company he founded in Dublin in 1994, was acquired by Tas Software four years later. He then went on to lead Tas’s Irish operation before moving to India in 2000.

The Merit Group, which was founded in 2004, is a specialist in the automated harvesting and transformation of data. It collects several million data points daily from about 3,000 sources and uses artificial intelligence and machine learning to categorise and enhance it to serve up information on everything from how many ships there are currently sailing in the sea, to how many building projects are on the go at any one time in the UK.

Its chairman, Dr David Hammond, described the Merit buy as a “transformational acquisition” for the group.

“The acquisition of Merit is the first step on our journey to becoming a significant augmented intelligence business where the combination of machine learning, artificial intelligence and human application meet to inform actionable business outcomes,” he said.

1 KBC Ireland fined €18.3m for ‘unconscionable’ tracker scandal role
2 The wealth of the Irish – how do your assets match up?
3 Dunnes Stores set to enter grocery delivery market
4 Will Facebook walk away from European market after data protection 'hissy fit'?
5 Irish company to test vaccines on volunteers deliberately infected with Covid-19
Real news has value SUBSCRIBE