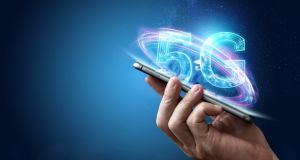 Vodafone Ireland has extended its trial 5G network site in Dublin as it prepares for a commercial launch of the mobile technology later this year.

A spokesman for the operator said the operator intends to introduce the Republic’s first commercial 5G network in the fourth quarter.

The first 5G trial network in the State went live in late November in the Dublin’s docklands area. It serves as a testbed for companies trialling hardware, software and services ahead of the wider rollout of the technology.

While the launch of Vodafone’s trials show progress is being made, it is expected to be some time before 5G becomes widely available in the Republic, not least because commercial devices are only just beginning to hit the market.

5G technology brings faster mobile speeds than existing mobile technology networks, as well as lower latency, and increased security and reliability. It also enables multiple devices to be connected in a move that is expected to lead to a sharp rise in the number of internet of things devices in circulation.

While adoption has been slow across the world, Mobile World Congress organiser GSMA predicts there will be 1.1 billion 5G connections globally by 2025.

In addition to the dockland’s site, Vodafone also started trialling 5G technology via a dedicated rural wireless network in four locations late last year. It is believed to be planning to extend these trials to other regions in the coming months. However, the operator has stressed that while the technology is complementary to rural broadband, it should not be seen as a replacement for fibre.

Vodafone and Ericsson, which is supplying the hardware for the operator’s 5G network, are also partners in what is the Republic’s first dedicated 5G accelerator programme, which got under way at NovaUCD last week.

News of the operator’s decision to extend the 5G trial site comes as it also announced it is the first Irish network to provide 4G calling (VoLTE) to its customers.

VoLTE (voice over long-term evolution) is a standard that allows mobile users to make phone calls over 4G rather than on traditional cellular voice networks. Users will be able to benefit from significantly faster call setup times and should also see big improvements in call quality and reliability thanks to a seamless switch to traditional cellular networks if customers move outside 4G coverage during a call.

The technology also promises a better data experience for users as mobiles should stay better connected to 4G networks rather than frequently slipping back on to 3G ones as happens frequently now.

A sister service, VoWiFi (voice over wifi), has also been made available which helps eliminate mobile blackspots for users by making it possible to make and receive calls over wifi.

1 Denmark’s answer to Ikea signs deal for first Dublin outlet
2 What is Covid Tracker Ireland?
3 Covid-19: IDA expects 40% drop in foreign direct investment due to pandemic
4 FC Barcelona to pursue Nike for compensation over defective shirts
5 Groundhog Day policy on housing is getting us nowhere
Real news has value SUBSCRIBE