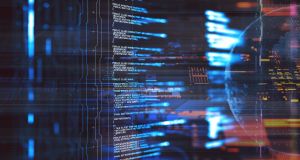 Revenue Commissioners has become the latest Irish organisation to turn to robotics to speed up mundane processes and free up staff to do more interesting tasks.

It recently teamed up with Deloitte for a pilot project using robotic process automation (RPA) technology to update some 20,000 taypayer records. RPA is in effect the use of software to replace dull tasks that have traditionally been performed by humans.

In addition to freeing up employees to do more exciting work, it is also seen an alternative to outsourcing and offshoring operations and as a useful stopgap for companies looking to avoid a total overhaul of their IT infrastructure.

While Revenue’s normal update process can take as many as 200 steps per case, using RPA technology, execution time went from hours to minutes. Additionally, the solution can be reconfigured and replicated in other areas of the tax system, including similar processes for self-employed taxpayers.

“The RPA pilot has proven the potential of the technology and provides significant benefits from a number of standpoints. It delivers a more accurate, consistent and efficient service to our PAYE taxpayers,” said John Barron, chief information officer at Revenue.

Among the other organisations using the technology locally are Bank of Ireland, which opened an RPA centre in Cabinteely, Dublin, four years ago. It currently has more than 130 “robots” looking after more than 100 processes.