Locations in Carlow, Kilkenny and Wexford the latest to receive 1GB connectivity 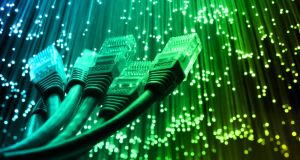 Gigabit connectivity has been installed in 13 co-working hubs to date now. Photograph: iStock

Vodafone and Siro, the company in which it is a joint venture partner with the ESB, have expanded their high-speed connectivity presence to three new co-working hubs across the country.

It said new hubs in Carlow, Kilkenny and Wexford were the latest to receive free fibre gigabit connectivity, bringing to 13 the number of co-working hubs in which the technology has been installed. Launched in 2017, the Vodafone and Siro “gigabit hub initiative” moved to install high-speed internet connectivity in 15 towns.

“This initiative is allowing people to work smarter, have a better work/life balance and pursue careers in towns and villages across Ireland, ” said Vodafone’s head of commercial, Treasa Doran.

The addition of gigabit connectivity to these three hubs makes remote working an option for about 350 people, according to Siro’s chief commercial officer, Ronan Whelan.

“It forms part of our rollout in the southeast, with gigabit connectivity available to over 23,000 premises in the region to date,” he added.

Launched in May 2015, Siro is investing €450 million in building the Republic’s first fibre-to-building broadband network, offering a 1GB internet connection to 500,000 premises in 50 regional towns.

The company has been partnering with co-working establishments on its new service and first connected the Ludgate Hub in Skibbereen in 2016. Recognised by the European Commission, that hub is on course to create 500 jobs over the next five years in west Cork.

The founder of New Work Junction, the group of hubs that recently received high-speed connectivity, said there has been an ever-increasing number of remote workers.

“I see these remote working hubs as a chance to reduce travel time for the thousands of commuters who make the trip to Dublin from the southeast every day.”

Data from Vodafone suggests about 22,000 commuters leave Carlow, Kilkenny and Wexford every day to work in Dublin.