WarDucks raises €3.3m in funding and brings in gaming veterans 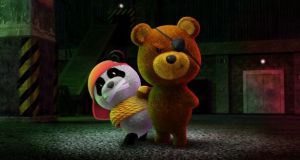 Sneaky Bears is one of six titles from WarDucks

Founded in 2013 by Nikki Lannen, formerly a senior member of Facebook’s gaming team, the highly-regarded company has launched six best-selling games to date across mobile, desktop and console platforms. Titles include Sneaky Bears, RollerCoaster Legends and My Smooshy Mushy.

WarDucks said it intends to use the new funding to drive the development of its new location-based AR game and to expand its development team.

EQT Ventures, a Swedish venture capital firm with commitments of just over €566 million, led the funding round. The firm is led by Lars Jornow, who previously established the mobile games team that launched the best-selling Candy Crush Saga title while working at King Digital.

“EQT Ventures brings so much to the table over just money as the team is very experienced in the gaming space. They are bringing in expertise on how to scale games,” said Ms Lannen.

The VC firm recently made its first exit with Finnish gaming studio Small Giant Games acquired by Zynga in a deal valued at about $700 million (€617 million).

Ms Lannen said that WarDucks is optimistic about scaling sufficiently to become a big player in AR location-based mobile gaming.

“[It] is a rapidly growing new genre of game so there is a big opportunity to make something super exciting here,” she said.

Also speaking to The Irish Times, Mr Jornow said he agreed the start-up could enjoy great success in the segment.

“We believe they have the team, drive and vision to be a major player in this space,” he said.

Mr Jornow also signalled an intent to invest in other Irish tech companies.

“It’s very exciting for EQT Ventures to have its first investment in Dublin, Ireland, and we hope that this is the start of a long-term commitment to investing in the best founders and companies in the region,” he said.

Other participants in the latest funding round included Suir Valley Ventures, the Waterford-based entrepreneur-led venture capital fund run by Barry Downes, founder of software company FeedHenry, which was acquired by Red Hat for €63.5 million in 2014.

Suir Valley previously led a €1.3 million seed capital round for WarDucks in September 2017.

In addition to the funding round, WarDucks also announced the appointment of a number of heavy-hitters to its team. These include gaming legend John Romero who joins as creative consultant. Galway-based Romero is best known for legendary game titles including Wolfenstein 3D, Doom and Quake.