US business software firm Twilio to create 100 jobs in Dublin

Listed company counts the likes of Uber, OpenTable and WhatsApp as customers 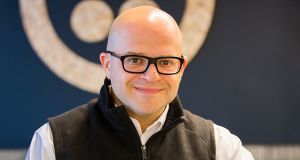 Listed cloud-based communication software maker Twilio is to create 100 jobs in Ireland by the end of 2019 as part of an expansion at its EMEA headquarters in Dublin.

The decision was announced by Taoiseach Leo Varadkar during this trade mission to Silicon Valley.

The new jobs will be in a number of areas including marketing, sales, HR, legal, security, finance, support and engineering.

Founded in 2007 by Jeff Lawson, Evan Cooke, and John Wolthuis, Twilio’s software is used by companies such as Uber , OpenTable and WhatsApp to easily communicate via voice, messaging and video using application programming interfaces (API).

Mr Varadkar is meeting with leading executives at Twilio later on Friday.

“As a home to many established and high-growth companies, Ireland was an ideal choice for us because of the incredible talent in the country and because it brings us closer to our European customers which contribute a growing portion of our revenue. We can’t wait to see what they’ll build next, said Marty Reaume, chief people officer of Twilio.

Shares in Twilio jumped almost 92 per cent on their first day of trading after the company’s initial public offering in June 2016.