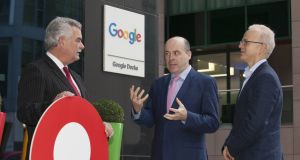 Ireland’s postcode system Eircode is now compatible with Google Maps and can be used to locate addresses throughout the country.

Established in 2015, the Eircode system is a seven character code assigned to digitally identify every location with an address. The system is a “simple way of standardising individual addresses”, the company said.

Since its inception, Eircode, which cost €38 million to set up, has come under criticism - most recently when it transpired that An Post doesn’t use the system to deliver letters. However, the company sees uses for the code by services like the National Ambulance Service.

Commenting on its compatibility with Google Maps, Minister for Communications Climate Action and Environment, Denis Naughten, said: “Members of the public can use Eircodes within Google Maps on several devices, including mobile phones, in-car satnav and personal computers to accurately locate addresses and get directions. While benefiting all road users, it will also simplify buying online for businesses and shoppers by enabling a more efficient delivery of products and service.”

Eircode managing director, Liam Duggan, said the company was “delighted” that Google Maps was embracing the technology. “Google Maps is renowned for providing reliable geolocation services to people looking for directions all over Ireland,” he said.