As we wait for the 11th season, Botnik creates its own adventure for Mulder and Scully 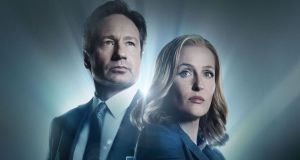 Botnik’s episode of The X-Files is odd yet brilliant

Like other X-philes, I eagerly await the adventures of Mulder and Scully in the forthcoming 11th season. But what can fans do in the meantime? Why not treat yourself to an episode written entirely by AI?

Botnik is a community of writers and artists that feeds entire scripts from television shows, books of poetry, advertisements and other creative works into a machine-learning algorithm.

This algorithm creates new content based on what it has read. It’s a bit like fan fiction but even stranger (and not as creepy). Botnik has produced an original episode of The X-Files after learning from existing scripts. It’s odd yet kind of brilliant.

Scully: “Convince me that the government kidnapped you.” Mulder gets out of the water cooler. Scully sighs and starts to write on his face. Mulder looks up. Mulder: “It’s just what we feared. The government did this.” Mulder turns and crawls out through the window. Scully sighs and hangs a bag of goo over a wine glass. It beeps twice.