Cantillon: Social media platform gets to grips with abusers but share price still set to tank 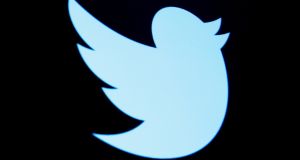 Twitter logo on a screen on the floor of the NYSE

Twitter may be working flat out to curb abuse on its platform but if it is hoping the move will herald a turnaround in its fortunes, it might be wise to think again.

Just this week, Morgan Stanley equity analyst Brian Nowak said again he expects the company’s shares to lose half their value due to a lack of spending from advertisers. In fact, he indicated that the stock, which has been in recovery mode of late, could slip to as low as $10 a share, a record low and way below the $26 a share initial public offering price.

The social media company, which has latterly begun to resemble a hub of hate, recently announced progress in its fight to kill off the trolls.

It has been a long time coming. After all, lest we forget, previous attempts by Twitter to stamp out abusive behaviour have been so ineffective that even its former chief executive Dick Costolo was moved to say the firm “sucked” at dealing with it.

On Thursday, Twitter outlined a number of advances it has made in coping with abusers since it introduced new measures earlier this year.

It said users are experiencing significantly less abuse than they were six months ago, with the company now taking action on 10 times the number of abusive accounts each day compared to the number tackled during the same period a year earlier.

In addition to deleting many more accounts, the company has also moved to limit functionality or place suspensions on thousands of other users for violation of terms and conditions. This, it said, had started to lead to a change in user behaviour.

While such news is of course to be welcome, one wonders if the real reason for Twitter’s concerted move against the trolls is linked to the precarious situation it finds itself in, rather than a real change of heart.

Salesforce recently ruled out a bid to acquire the company in part because of its trouble dealing with trolls. Disney is also believed to have rejected a move for Twitter on the same grounds.

Meanwhile, the company’s various attempts to boost user numbers and revenues continue to meet with mixed success with US president Donald Trump’s love of the platform serving to make it even less attractive to advertisers and the wider public.

Twitter, which is scheduled to report second-quarter results next Thursday, needs to do something quickly to improve its lot. Dealing with the trolls is a good start but by itself isn’t enough.