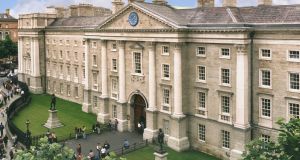 The ‘Irish Sun’ estimated that as much as €1million may have been taken in the incident.

The fundraising arm of Trinity College Dublin has confirmed it has been the victim of a cybersecurity attack in which up to €1 million may have been taken.

Trinity Foundation said in a statement on Thursday that it had been alerted by its bank to suspicious activity in its accounts.

While it refused to comment on how much money had been stolen, the college admitted the foundation had been the victim of a computer-based fraud and that this had been reported to the Gardaí, who are investigating the matter.

In a report published this morning, the Irish Sun estimated that as much as €1million may have been taken in the incident.

“Some money was recovered following the discovery but it is too early to say whether everything can be recovered. Any shortfall will be made up from the university’s future commercial revenues,” a spokesman for the college said.

The spokesman said the college and foundation had engaged an external forensic team to establish exactly what happened during the incident.

The Data Protection Commissioner’s office has also been informed of the attack.

According to recent accounts, Trinity Foundation saw its income rise from €53 million in 2015 to €73 million last year as it mad a more concerted effort to boost philanthropic donations to €400 million by 2021.

1 Chris Johns: Economies may enjoy ‘roaring twenties’ if ministers learn lessons
2 Wet pub openings fuelled rise in Irish Covid infection rates – report
3 Profits jump threefold at LinkedIn’s Irish unit to $294.2m
4 Basic income for all: Has the Covid crisis given us a new economic model?
5 ‘I don’t need to do any of this. . .I don’t actually need to work.’
Real news has value SUBSCRIBE