The number of technology-related M&A deals rose 5.6% versus same period in 2016 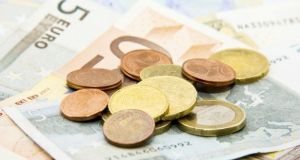 The first three months of 2017 was a particularly strong period for fundraising in the European tech sector, according to new research that also shows a rise in M&A deals

This made it the second best quarter on record since Tech.EU started tracking funding rounds in 2013.

The number of technology-related M&A deals rose 5.6 per cent versus the same period a year with earlier. However, the fact that few transaction sizes were disclosed means that reported exit volume was down 16.7 per cent to €20 billion, versus €24 billion a year earlier.

The number of transactions involving venture capitalist-backed tech companies held steady at 65 but but the value of those deals was up 358.3 per cent from €3.5 billion in the first quarter of 2016 to €16.2 billion in the same three month period this year, largely due to Intel’s $15.3 billion acquisition of the Israei company Mobileye last month.

The top funding round recorded during reporting period involved the German online lighting group Lampenwelt.de, which secured a €120 million funding boost in March.

According to the report, the fintech sector accounted for the most funding deal in the first quarter, while BPI France was the biggest investor.

France was the lead country by number of deals recorded while the UK was first in terms of investment volume.