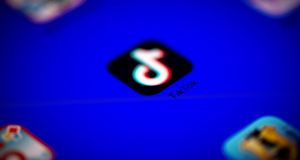 Chinese-owned TikTok announced on Tuesday that it will exit the Hong Kong market after Beijing imposed a sweeping national security law on the city. And US tech giants, including Google, Facebook and Twitter, have all said they were reviewing their presence in the former British colony.

TikTok, which is owned by Bytedance, said it would withdraw its popular short video app from stores in Hong Kong within a few days in response to the controversial new legislation which critics say has a chilling effect on freedom of expression and raises major concerns about data privacy.

Leading US internet companies including Google, Twitter, Facebook, LinkedIn and Zoom all used very similar language to announce they had suspended the processing of requests for user data from the Hong Kong authorities while they assess the new law.

Facebook said in a statement that it was pausing the review of Hong Kong government requests for user data while they consulted international human rights experts.

“We believe freedom of expression is a fundamental human right and support the right of people to express themselves without fear for their safety or other repercussions,” the statement said.

The major US social media platforms are blocked in mainland China behind the “great firewall” but have been allowed to operate freely in Hong Kong.

As it has expanded its global reach, TikTok has tried to distance itself from its Chinese ownership and potential censorship and interference issues, claiming it would never comply with requests to censor content or hand over data to Beijing.

Under Hong Kong’s new laws, wide-ranging provisions give police the authority to order the deletion of internet posts if they deem them a threat to national security. Any service provider that fails to comply with a court order to turn over data could face fines or imprisonment.

TikTok is not available in China, where Bytedance operates a similar sister app called Douyin. Now run by former Walt Disney executive Kevin Mayer, the company says that the app’s user data is stored outside China and is beyond Beijing’s reach.

The Hong Kong development comes at a troubling time for the world’s most popular short video app. Adding to its woes, US secretary of state Mike Pompeo said he was considering banning Chinese social media apps, including TikTok. It was recently kicked out of India – its biggest market – over a border conflict with China.

Hong Kong’s vaguely written new legislation, which was imposed after a year of pro-democracy protests roiled the city, has been criticised widely for undermining the freedoms guaranteed under the “one country, two systems” framework agreed as part of the city’s return to China in 1997.

Since the law was introduced last week, politically sensitive books have been pulled from the city’s public libraries and schools have been ordered to remove any titles that might breach the security legislation.

Chanting popular pro-democracy slogans is now a crime, as is holding any flag or banner that advocates Hong Kong independence or a greater level of autonomy for the city.

Eight demonstrators in the city who were standing silently in a shopping centre on Sunday and held up blank pieces of paper as a way to express their anger at the official moves to curb dissent were among those recently arrested.

A police spokesman said they were detained for “unlawful assembly or for obstructing officers”.