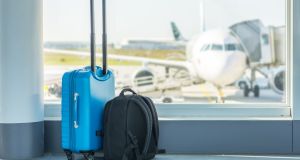 Datalex’s software is used for booking flights, seats and bags and allowing carriers to sell on car, hotel and insurance deals. Photograph: iStock

Datalex, the travel retail software provider to airlines that’s being kept alive with the support of Dermot Desmond, warned at the end of April it was delaying the publication of its 2019 results by up to two months as it availed of reporting leniency from regulators amid the Covid-19 crisis.

It picked the latest possible landing slot, releasing the report at 5.26pm on Tuesday, the cut-off date.

The report was nothing like the horror story that was Datalex’s 2018 tome, which recorded a net $47.2 million (€42 million) loss as a new management team, hired to clean up the mess after the discovery of accounting irregularities, went through the books with a dose of salts. But it still no easy read for investors strapped into a company where shares have been suspended from trading for more than a year.

The business, whose software is used for booking flights, seats and bags and allowing carriers to sell on car, hotel and insurance deals, posted a $12.1 million loss last year, as it was hit by $8.3 million of noisy exceptional items such as redundancy costs and expenses for regulatory investigations stemming from the accounting scandal.

They also included a $2.9 million charge against services to Lufthansa, with which it is locked in a legal dispute after the German airline cancelled a contract to overhaul its e-commerce offering. The whole project had gone way over budget and missed a series of deadlines by the time Lufthansa lost patience late last year.

Datalex also revealed it faces a $4 million cash shortfall for the next 12 months under forecasts that Covid-19’s effect on airline customers would see its transaction volumes, which evaporated in recent months, recovering to only 60 per cent of 2019 levels in the fourth quarter – and remain at that level for the first half of 2021.

The prediction also sees services revenues from new projects slumping, as launch dates are pushed out and airlines hold off offering new business until early 2021.

An adverse case, however, would see the cash gap widen to $8.4 million, according to the report.

Datalex’s new auditors, Deloitte, were unable to offer an opinion on the 2019 accounts as they had no way of standing over the company’s opening balance sheet for the year. That’s because the previous auditors, EY, had refused to sign off on the 2018 figures.

Meanwhile, Datalex said it would not be in a position to meet a scheduled November repayment of $13.9 million of principal and interest to Desmond, the company’s main shareholder, who provided it with emergency loans last year.

The board would not have been able to prepare the accounts on a going-concern basis – essentially vouching for the company’s ability to remain in business for at least 12 months – had Desmond not stepped forward again, agreeing the delay getting his money back for a further year, and offering a further €10 million to keep the show on the road, if needed.

But there are glimmers of hope for investors who believe that the airline industry has any future.

For starters, the report showed that two new top executives, Sean Corkery and Niall O’Sullivan, had managed to stabilise the underlying business of the course of last year, before Covid-19 hit. While the company reported an earnings before interest, tax, depreciation and amortisation shortfall of $2.8 million for the first half of 2019, it swung into a profit of $500,000 for the year as a whole.

Datalex was also able to slash costs last year – cutting 104 jobs, or almost 40 per cent of its workforce, as well as cutting contractors and consultants by a similar amount – while keeping its revenues steady at $45 million.

The company also managed to get some key customers – including Aer Lingus, low-cost US carrier JetBlue, Latin America’s Copa Airlines, and Philippine Airlines – to provide testimonial blurbs to pepper the annual report.

“We know that 2019 was a year of change at Datalex, it was also a year of great partnership. At JetBlue, this matters,” said Eash Sundaram, chief digital and technology officer JetBlue. “We stand behind Datalex.”

Something like this should ordinarily be dismissed as bland marketing speak. But that’s a big public endorsement from a major client of a company recovering from the biggest accounting scandal on the Irish stock market for more than a decade.

Airlines recovering from the impact of Covid-19 will be looking more than ever to companies like Datalex to help them find ways to cut costs and boost their ancillary revenues.

Datalex, which saw its cash levels slump by almost two-thirds to $3.1 million last year, estimates it will be generating cash from by November 2021, when Desmond’s loans fall due.

The company is looking in the meantime to raise equity to repay the Desmond loans, possibly avoid having to rely on the billionaire for the additional €10 million he’s pledged, and secure some additional working capital. We’re talking in the region of €25 million – more than a third of Datalex’s market value before its shares were suspended in May 2018.

But first, it must secure the go-ahead from Central Bank and Euronext Dublin to secure a resumption of share trading.

“We believe that Datalex has a significant market opportunity and it is time for us to show not only that we can survive, but that we can thrive,” Corkery concluded in the annual report. Will Desmond’s patience be rewarded?